A 5K and the Food and Wine Festival 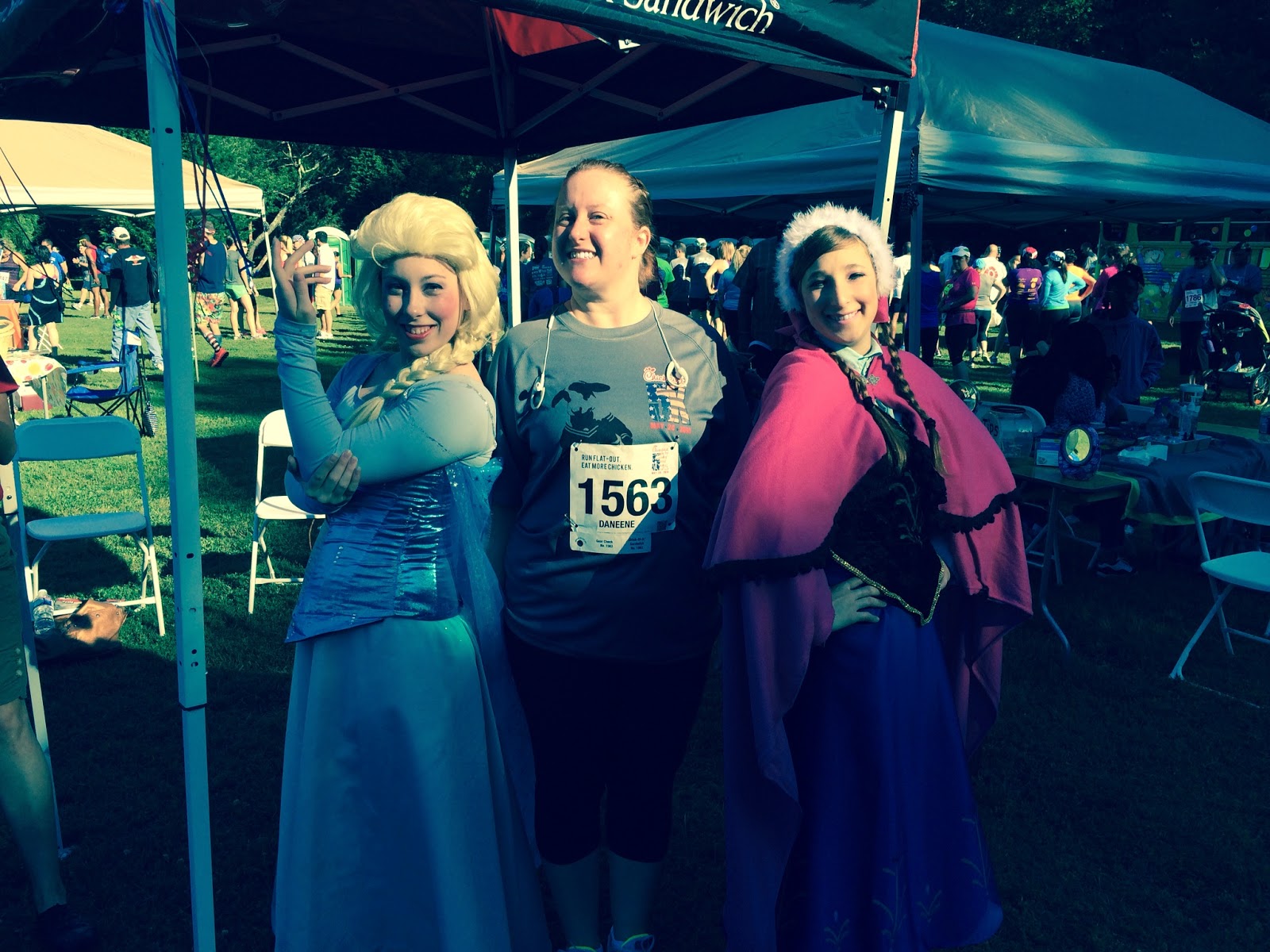 Today started WAY too damn early.  I got up, and dressed in my official shirt and ran the Chick Fil A 5K through beautiful Mariner's Museum park.

I also got my picture taken with Anna and Elsa.  (Elsa is a friend of mine)

While running I made the decision to become a millionaire and live over near the park.  BEAUTIFUL houses over there!! 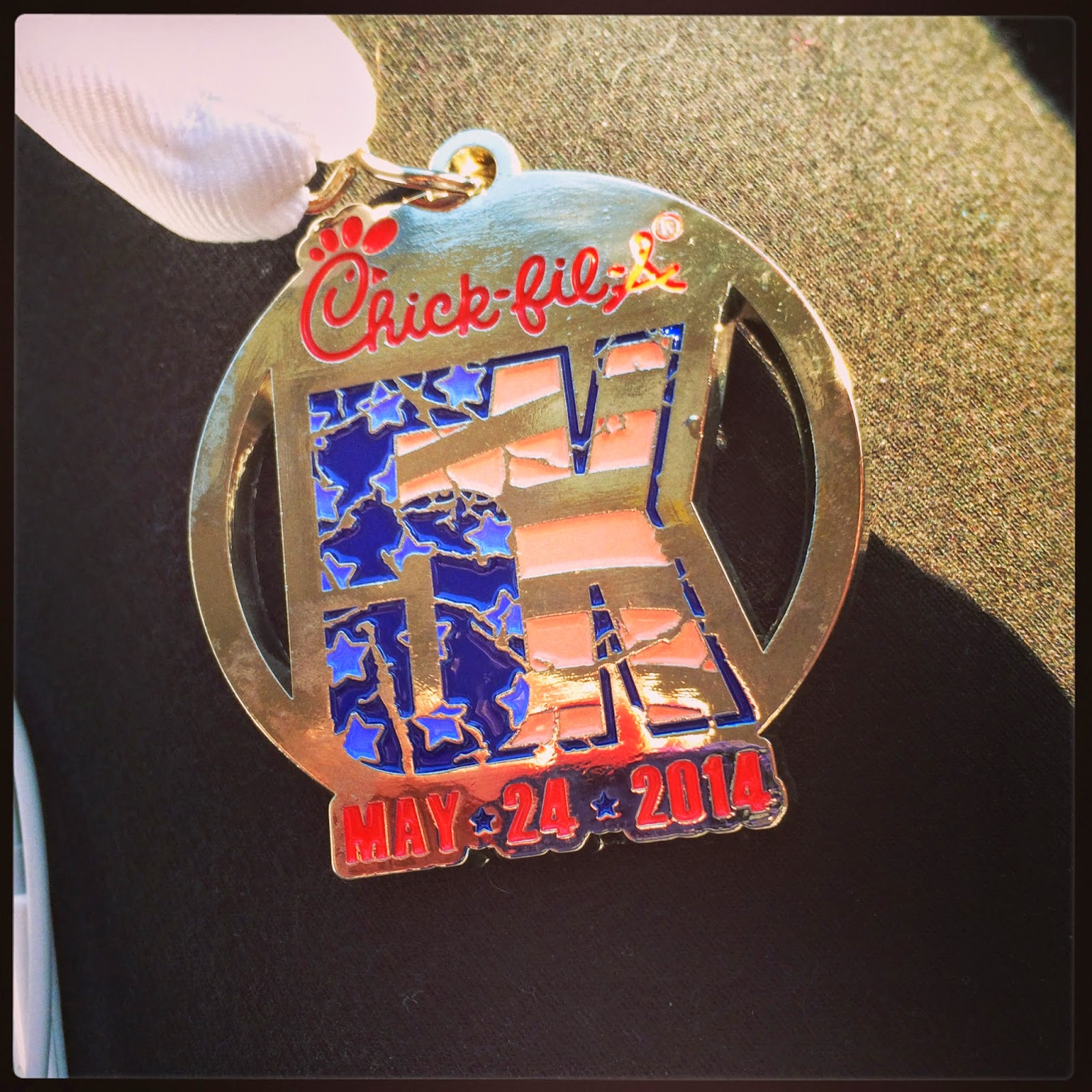 I got my bling, decided to skip the line for the free chicken sandwich and went home.

We had better things to do!  We were going to Busch Gardens for lunch!!

It's the Food and Wine Festival!

I had some eating to do! 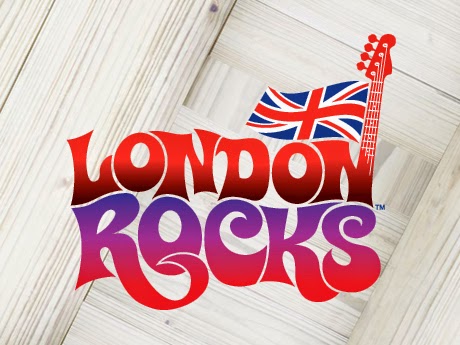 We got through the gate and were immediately asked if we wanted to see the next showing of London Rocks.

The show is amazing!  I already love the music, but there is this amazing projection that adds so much to the show. 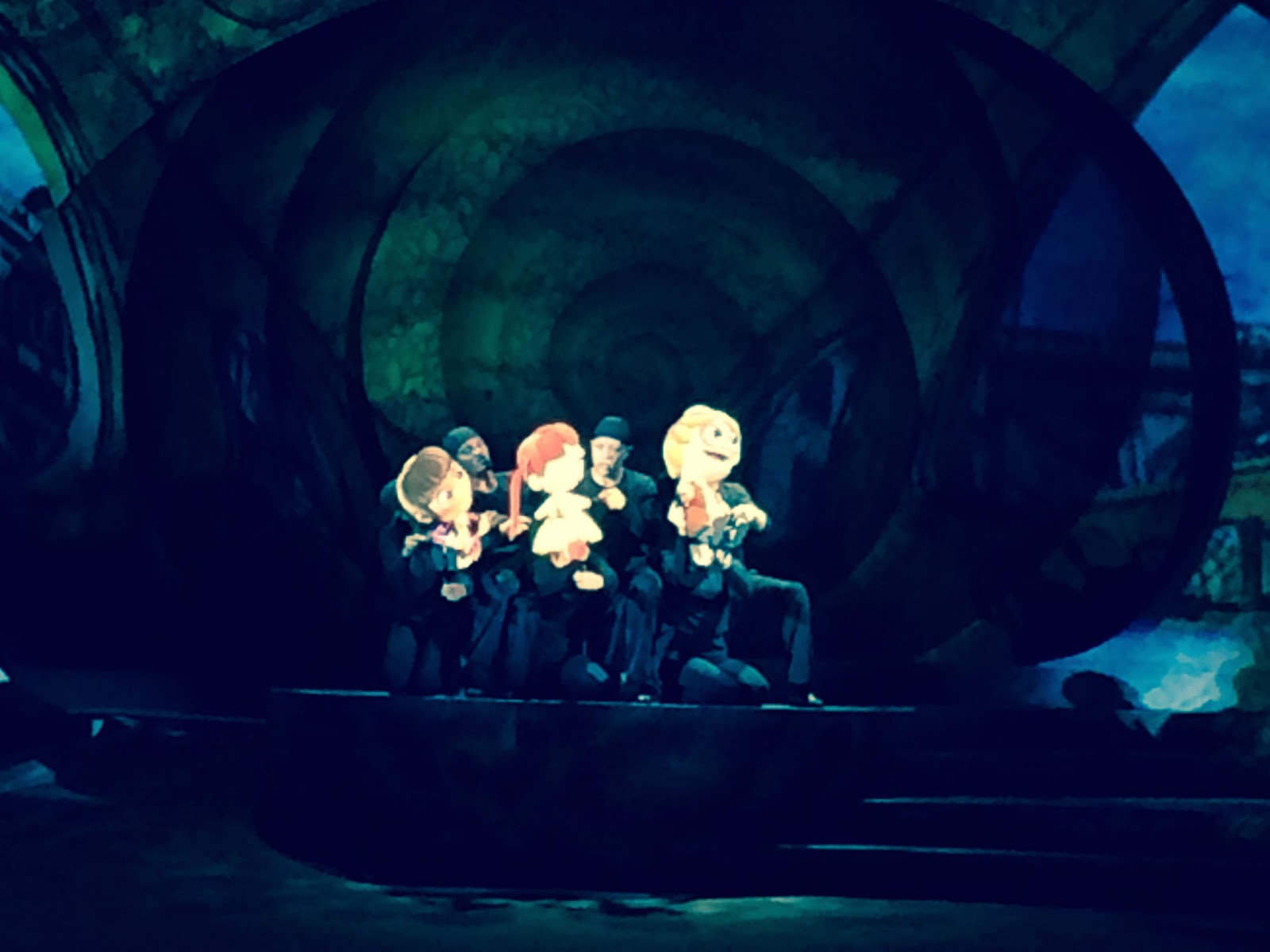 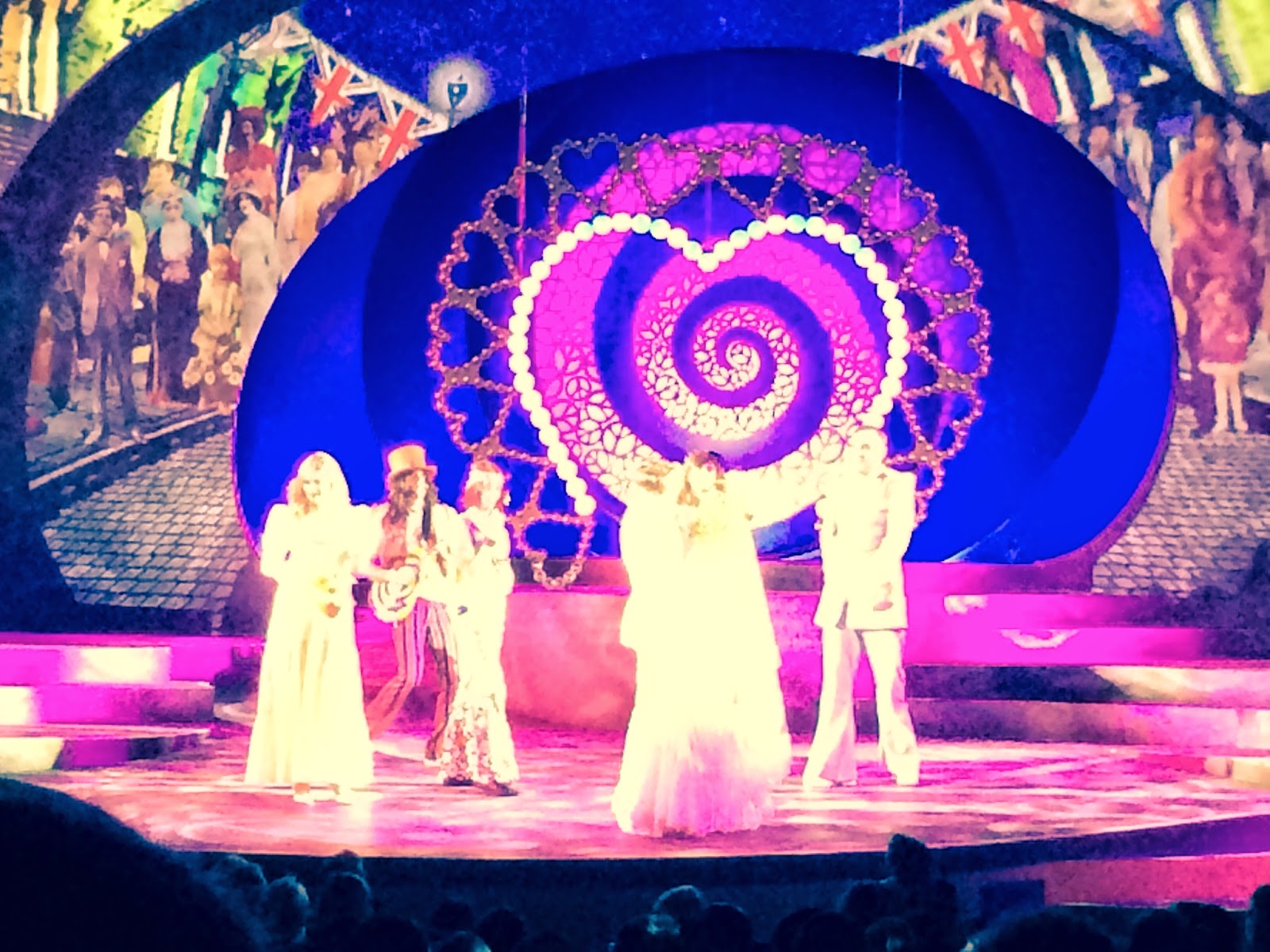 The Spousal Equivalent took these pictures.

At the end of the show I thanked the tech crew.  That job can't be easy with all the moving lighting and projection parts.  And who ever thinks to thank the crew?

Then it was off to eat.  We started at the new drink place across from the theater:  Union Snacks.  They have a Freestyle machine y'all.   Yes, that was a choir of angels singing.  Vanilla Diet Coke for 99 cent refills?  Yes please!!!

Then it was off to Ireland.  I got lunch at the Ireland Booth:
Bangers with Colcannon  Irish sausage with potato cabbage casserole & Guinness® brown sugar gravy ($5, I happen to love this dish and it didn't disappoint)

We then went to try the American South West Booth:
Chicken Mole Adobo Southwestern marinated chicken with chili chocolate sauce ($6.  Can I have a vat of that sauce?  Seriously... it was amazing!)

I got dessert in Belgium:
Huis van Lum Chocolate Wafel

House of Lum’s rich, chocolate walnut brownie waffle with berry compote ($4 This was heaven.  the waffle was light ans the berries weren't too sweet.  Heaven!)

And he got dessert in France:
Tartelette au Citron

Lemon tartlet (There were raspberries on this too.  I had a bite.... and got whipped cream up my nose... but it was wonderful!)

What I love is that they give you a book to check off what you've tried.  I know were going to be going back again and again before this is over at the end of June.  The portions are small, and a little pricy, but honestly, where can you get food like this?  Each booth has a costumed person there giving directions.  We want to get pictures at each booth when we are there next time!

I also have a desire to eat in Canada

and have the dessert from the American Southwest.
(Chocolate Lava Cake

Do I have pictures of my food?  Hell No!  I was too busy eating!

Wine tasting at the park are fun! I did my latest one when we were up there for Christmas Towne. Delicious, plus you walk off the calories!

Meredith, have you run the 8K at Christmastown? it's a fun race!!