Just to be clear, this was never OK.

Harvey Weinstein happened.  Donald Trump was caught on a hot microphone admitting to it.  Bill Clinton did it in the Oval Office.  Kevin Spacey did it as well.  Roy Moore likes them young.  Apparently it's been happening in the Capitol for years.

This country, and perhaps the world, has had issues with sexual misconduct, sexual assault and misogyny for years.  Let's be honest: this has always been a problem. 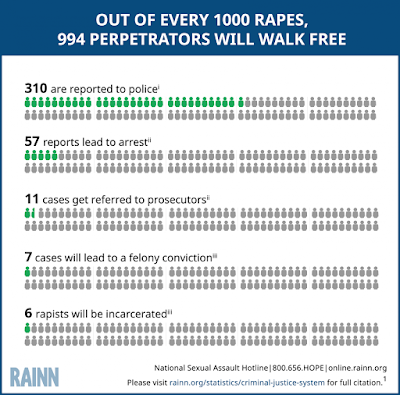 And this is just rape, not the inappropriate touching, or the catcalling, or the comments about how women are only good at cooking, cleaning and baby making.

Now high profile people are being publicly accused of inappropriate behavior.  From the reports that are surfacing, many of these people have been doing these things for decades, and everyone knew.

Why is this news?

The behavior of Al Franken saddens me as much as the behavior of Bill Clinton did all those years ago.  The allegations of Roy Moore sickens me.  What Kevin Spacey did is not only unacceptable, but it also sets back LGBT concerns.

I married a man that teased me all the time.  His mentality was that he made fun of me because he cared.  It was YEARS before *I* realized that I didn't have to take it.  It took time for me to learn that the way I was being treated wasn't OK.  Why did it take so long?  Because that was the way MANY men treated their partners.

As much as I hate seeing all of these men, ones that I admire, and ones that I don't being accused of awful things.... this has got to stop.

Can we all agree to 1.) believe the victims, 2.) expect men, especially men with positions of power to treat all people with respect, and 3.) just say that this behavior is never OK, no matter who to parties that are involved are?

Maybe our daughters and granddaughters won't have to listen to how their President like to "grab them by the pussy."
Posted by Meari at 6:58 AM No comments:

Today is November 2nd.  Somehow September and October passed me by without me noticing.

Two major things are happening this month (both of which have been on my mind of late): Me jumping back on the exercise wagon, and Thanksgiving. 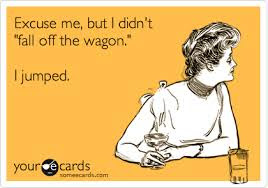 I've not wanted to work out in a month.  Actually, that's not true.  I've been enjoying the cooler mornings, so I've been running.  And on days that I don't run, the pup and I walk.  But that's not enough for me.  Monday I'm starting a combination of Focus T25 and Couch to 5K. 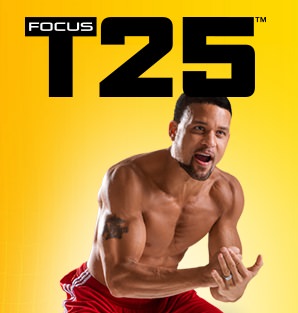 I find Shaun T rather motivating.  And I'm hoping the extra cardio will help with my endurance.  And the Couch to 5K is in there because I'm shooting for the 2019 Disney Wine and Dine.

I seem to be a person that needs a goal.  And here's one heck of a goal.  Hopefully having something to work towards will help.

But I've been working on my portion size and letting the exercise slip.  And my pants are growing snug.  That is unacceptable to me.  Hell, I might even thrown in a weekly OrangeTheory workout to the mix after we get back from our vacation.

(after visiting the House of Mouse I'll need it!)
Anyone else jumping back on the fitness bandwagon? 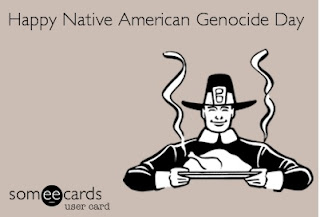 The other thing I've been thinking about is Thanksgiving.

I have a friend that is, rightly so, spreading awareness that the Thanksgiving story is bullshit.
Not everyone knows this, but I don't think that anyone is very surprised.

So my friend is boycotting Thanksgiving.  As is her right.  Good for her!


Am I celebrating Thanksgiving?  Yeah.. kinda.  But what I KNOW I'm celebrating is a 5 day weekend.  The 5 Day Weekend will include a nice dinner with my BFF and her family.

But totally, the Thanksgiving Day story... it's crap.  The whole sorted business was awful, and we need to remember that Native Americans are getting the wet end of the shit stick.  And I'm still going to make ham and pumpkin pie.