I can really emphathize

I don't know what I did, but I work up yesterday and my left shoulder was killing me.  Must have slept on it funny.

Today it's better, less painful and more sure and stiff. 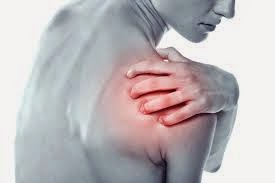 As I was putting on my pants today (one leg at a time, stopping in the middle to let the pain pass) it hit me.  There are people that live like this all the time, and I'm being a baby for being in pain for 2 days.  I know that in a few days I'll feel better.

I have a new respect and sympathy for people living with chronic pain.

I also had NO idea that your shoulder is so connected to like.. every move that you make!  This make my weekend plans of cleaning, cutting fabric, and surfing the Weight Watchers site for recipes a little difficult.

When the spousal equivalent gets home it's off to the store.  I have a Fresh Market card and I'm in the market for healthy snacks.  Then to Target.  I need tube socks and rice.  Maybe I can get him to help me clean.....
Posted by Meari at 10:18 AM No comments: 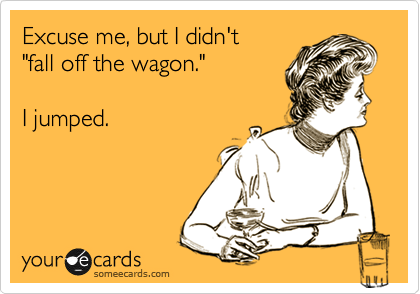 I honestly don't know what came over me.  All I know is that I was HUNGRY.  (I suspect my monthly visitor is to blame)

But man, it wasn't pretty.  There was pie and chips and a margarita involved.

But I can't dwell on it.  I know dwelling on it will lead to beating myself up about it, which leads to just chucking the whole getting healthy thing. 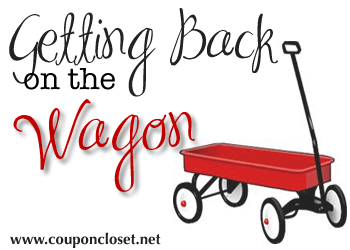 Instead I'll take a different approach.

I've already tracked what I plan to eat today.

I got out for a run.

I have healthy snacks at work.

I need to meal plan and make a shopping list....

But the important thing is this: 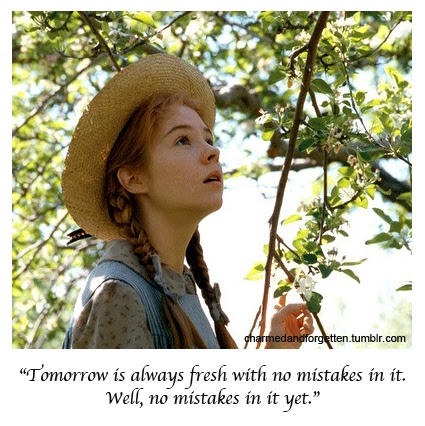 The important thing was... I got up this morning, had a healthy breakfast and ran.

It was an interesting week this week.  We had an ice storm.  Misty went to the vet and is healthy.  It was a cyst!And I hosted the Life @ WM Instagram account.  This best of the bunch is looping to the right.

Yes, that's me... on a rolling desk chair... scooting down the hall.  Friday afternoons bring on weird things!

In other news, we'd seen a new restaurant go up a while back.  I mentioned this on Facebook and within a few hours, a group outing was arranged!


For lunch yesterday we went to the Balkan Cuisine Restaurant.  The name wasn't very inventive....

I'd never had Balkan food (other than the little Greek that I've had) So I wanted to try it! 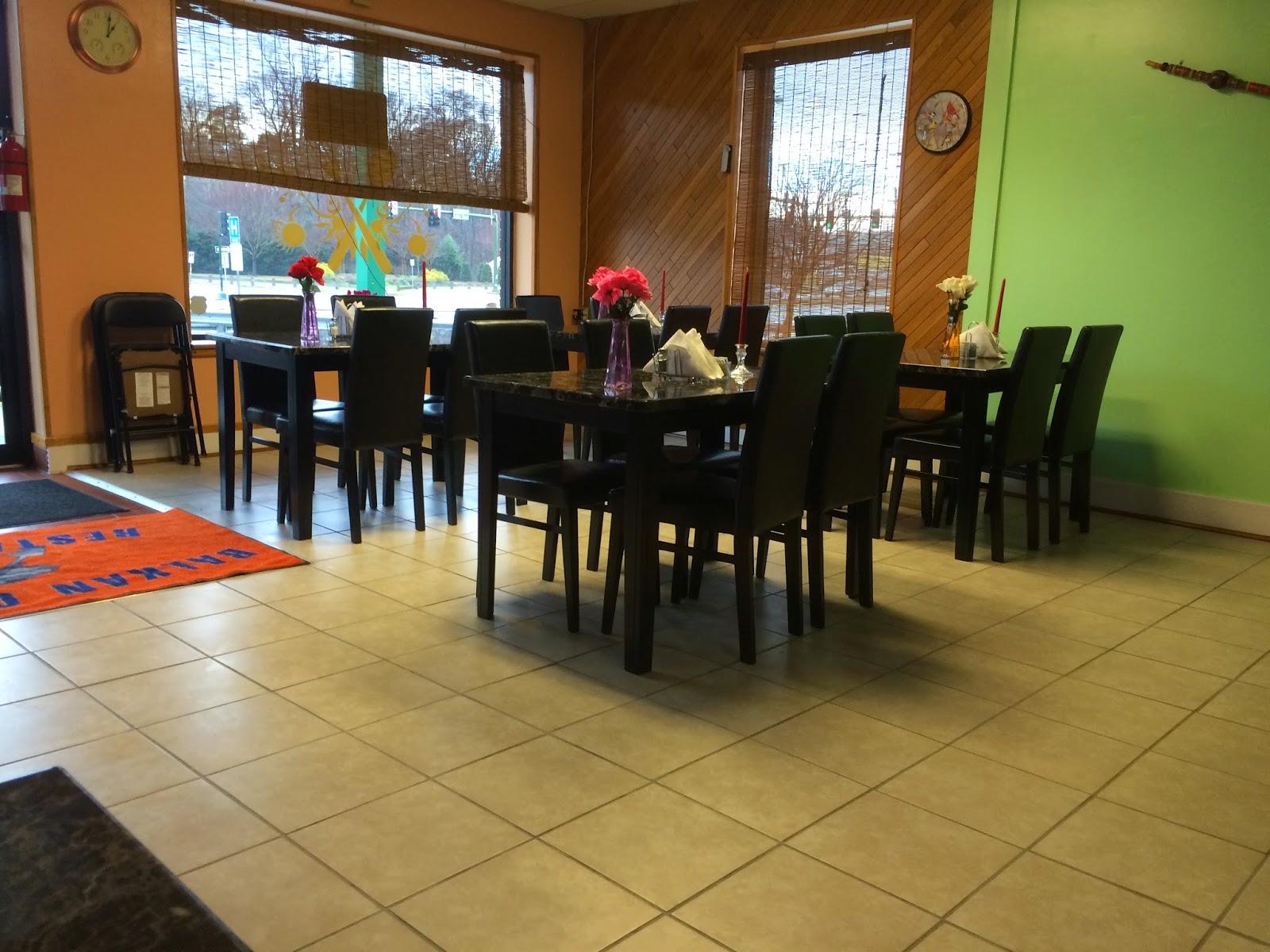 The place isn't hat big.  It's a storefront in a strip mall.  Our party of 6 overwhelmed the place a bit.  It overwhelmed the kitchen.  It seemed like it took forever for the food to get out.  (But the waitress brought the kids an extra plate of fries What an angel!) 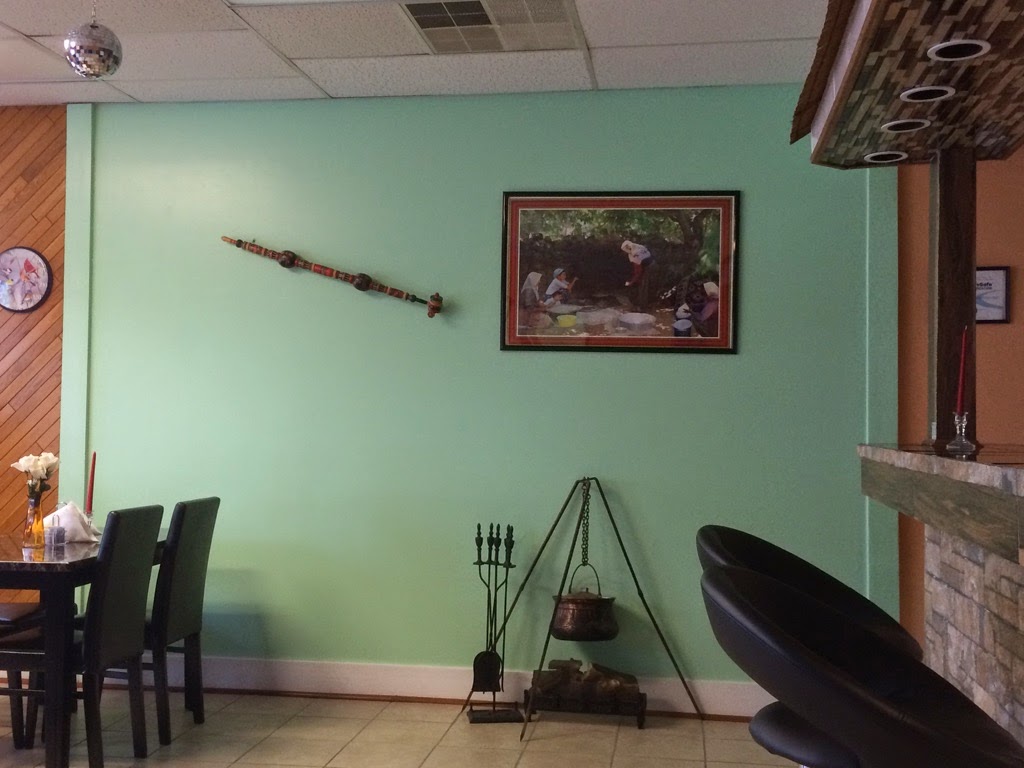 They honor their heritage.  I liked this display!  And had really good food! 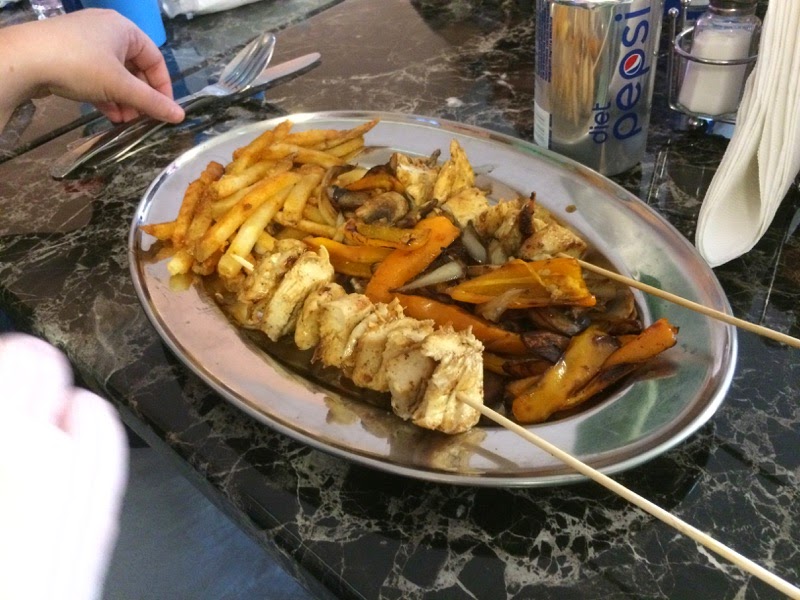 I had a shish Kabob.  The chicken was lightly seasoned and nice and tender.  Not being a mushroom fan, I wasn't thrilled with the PILE of 'shrooms on the plate.  But apparently I'm odd for not liking mushrooms.  Next time I'd go with rice instead of fries.  ($6.50) 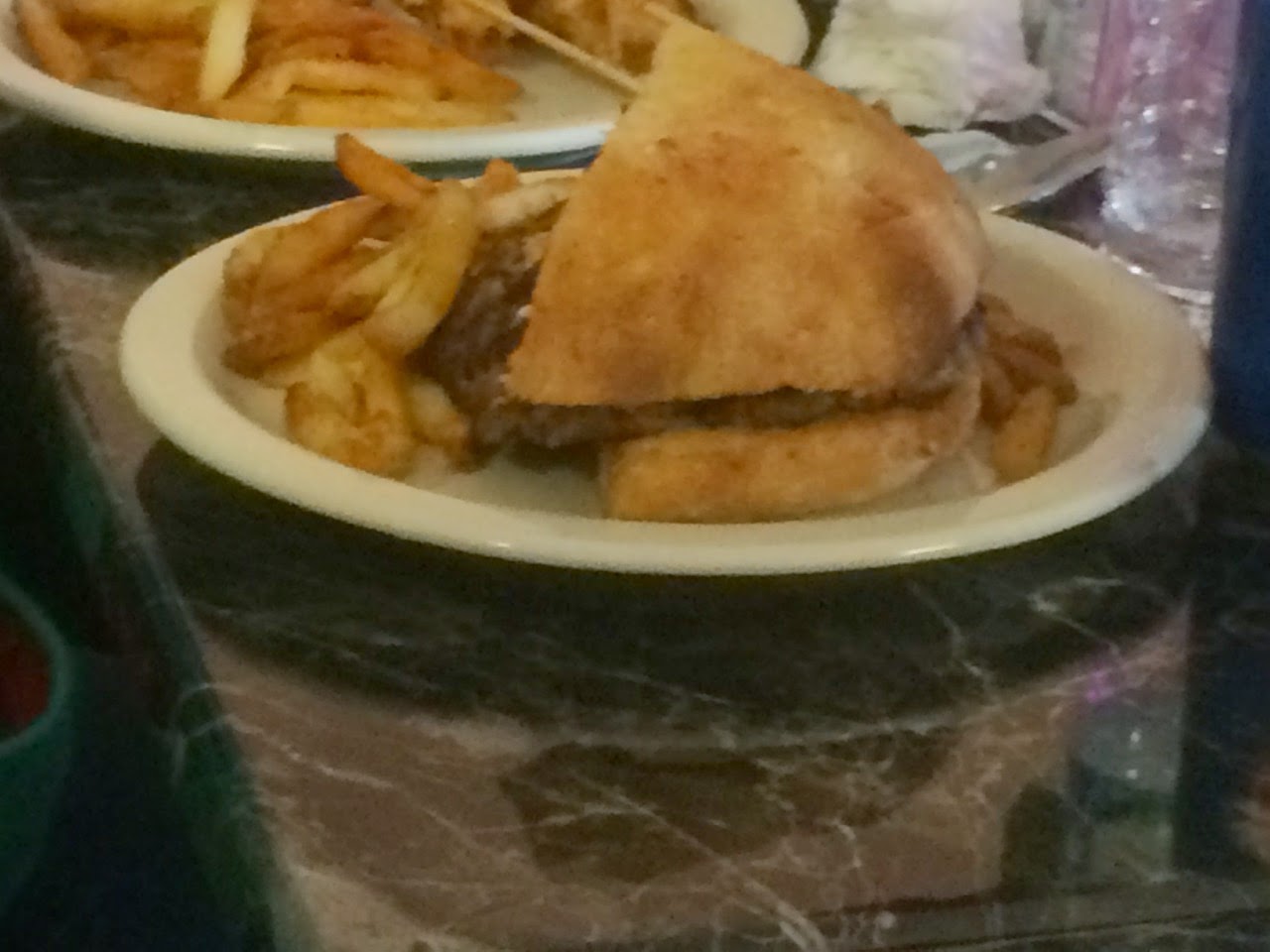 The BFF had the Salko's Pljeskavica which is basically a hamburger ($14.99 with goat cheese, $13.99 with less interesting cheese)  She said it was good (a tad spicy at times, though), and I want to try this the next time we're in there. 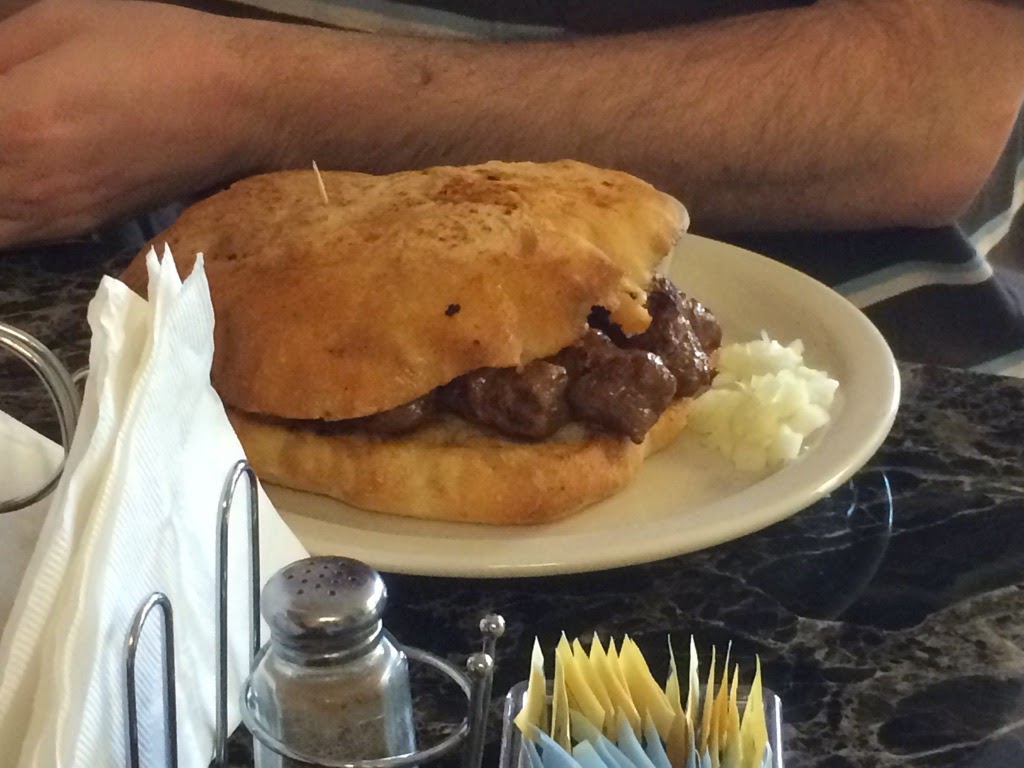 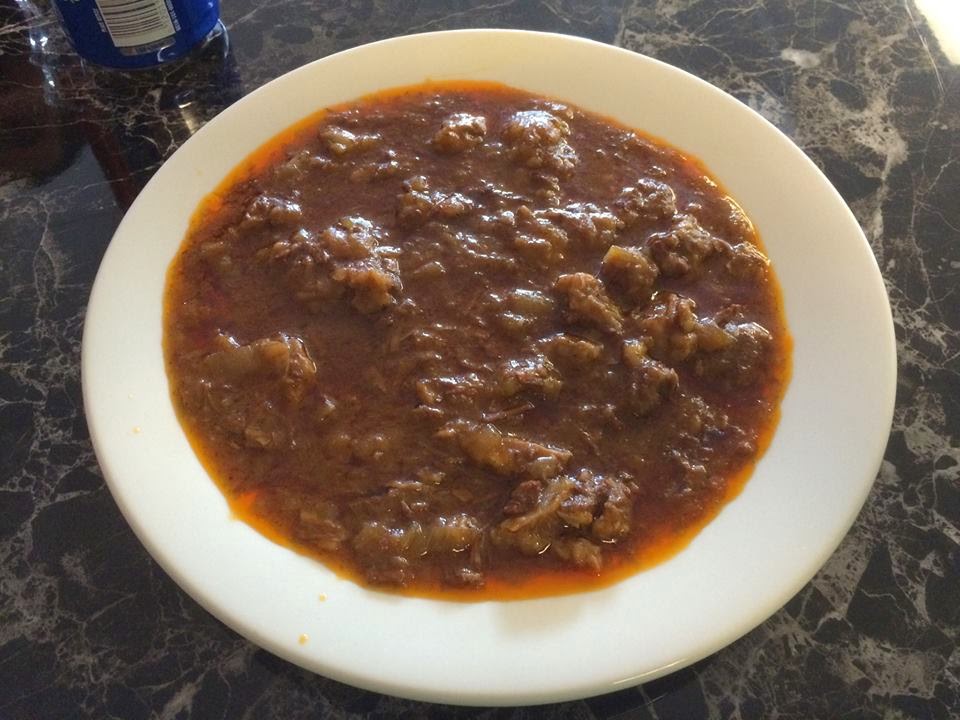 The spousal equivalent got Gulas ($9.99)  He said that some of the meat was a little fatty.

We didn't get a picture but the Veggie in the group had a Pite.  Which is more like bread baked with things in it rather than a pita pita... He had the Zelijanica ($7.99), which was spinach and cheese made into dough.  It looked like if you made spanakopita into a bread.

In all the food was good.  And for the most part, not that expensive.


I'm definitely going back so I can try other things!
Posted by Meari at 7:58 AM No comments: 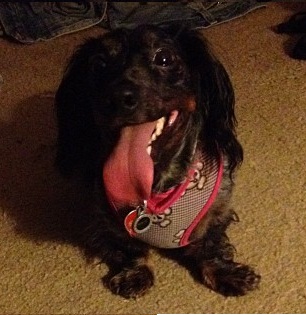 Yesterday, the Spousal Equivalent was petting the Misty.

He found a lump under her fur.

Cue me freaking out!

(Because I always jump to the worst conclusion... see below) 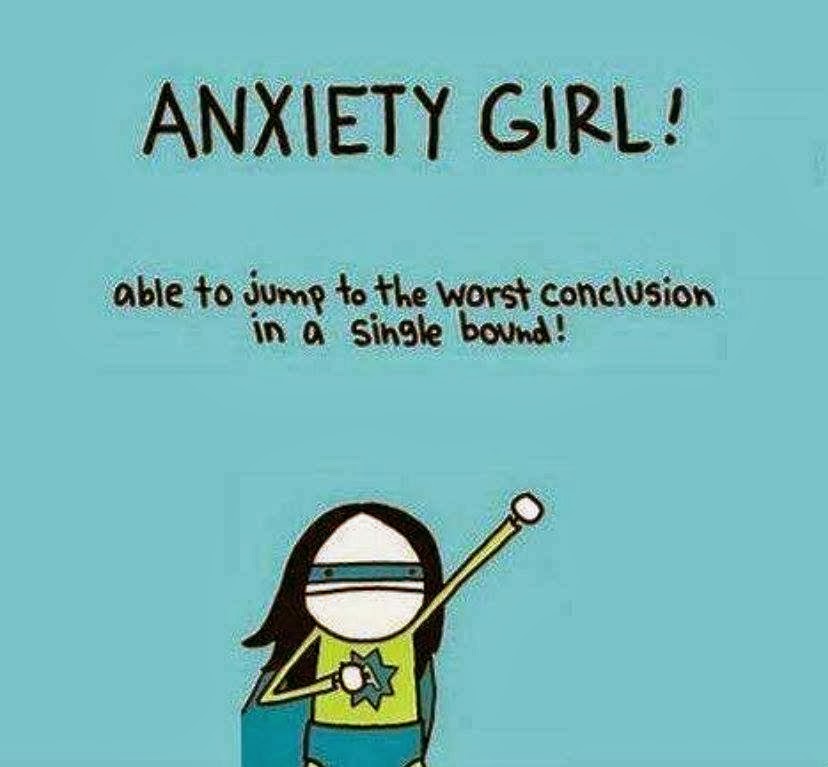 I called the vet.  They said that she needs to be seen, bit it's not an emergency and not to panic.

We're also going in tomorrow to see what's going on with my puppy. 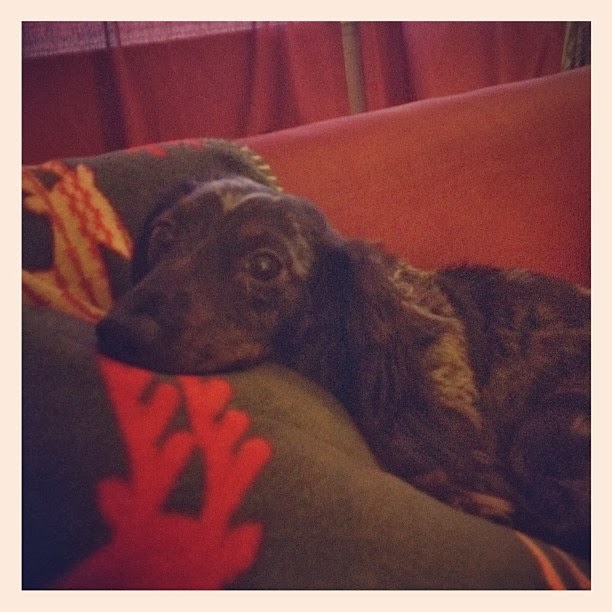 The interwebs said that it's probably nothing.

But I might not sleep until the vet also says that it's nothing.
Posted by Meari at 6:15 AM 1 comment:

The cost of doing races 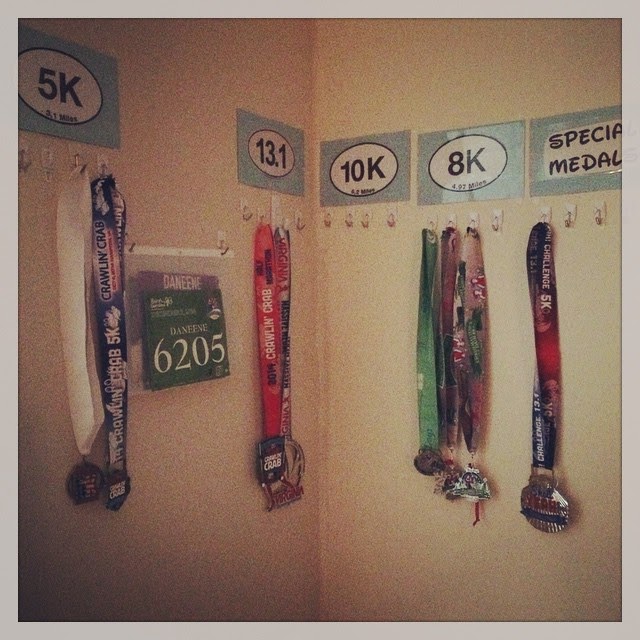 I put my medals on the wall.

I have a lot of medals.

This means I've done a lot of races.

What does that mean?

I spent A LOT of money!

What I'm doing this year:


Races are awesome!  Races are fun!  They are also EXPENSIVE!

Maybe instead of races I need to organize some group runs!

Happy New Year.. and end of my vacation...

It may be hard to believe, but I've been home from work for a little over 2 weeks.  Let me tell you, it's been glorious! 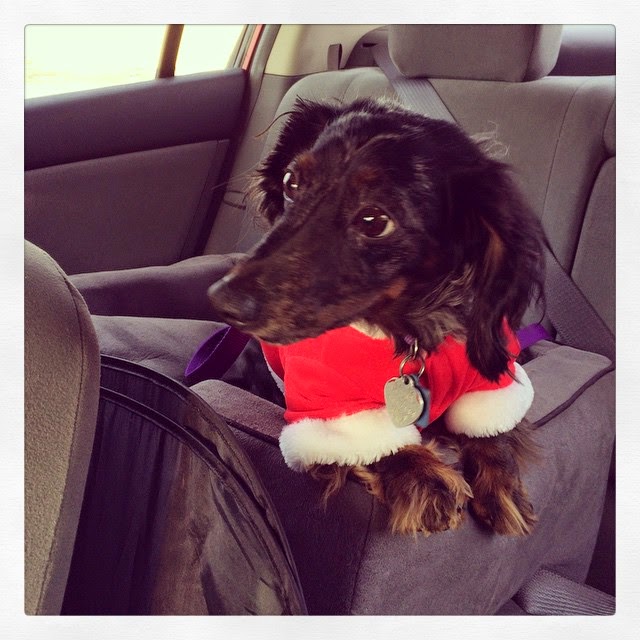 It also means that I have to leave my house soon and get back to the real world.  As y'all know, I tend towards homebody.  Especially when the anxiety flares.  (My most recent anxiety: people will get into my house when we're not there.)  I know that leaving to go to work on Monday is going to be hard.  And we all know it's going to be hard on Misty.  She's had me home for two weeks.  That's like a year in puppy years!

On the weight loss front...  I don't want to start.  I've been trying to work out every day.  And for the most part, I have.  Though I have struggled to reach my 10,000 steps goal.  (an aside: where the heck IS my FitBit right now....?)  The scale ins't kind.  My tummy and head haven't been kind either.  Rain is forecasted for the next two days so running is out.  Time to brush up on the indoor activities.  I'll have to rely on them heavily when the weather gets bad this winter.