A study in extreme stress

I drove home today, on the verge of tears.  I honestly don't know how much of this is stress and how much of this is hormonal...  (Yay, PMS!)  I spend most of the day either frantically working through a massive to-do list, or too paralyzed with the enormity of it all.  Thankfully, this week has been a bit better since I planned out the big tasks.  But there were still tears on the way home.  I'm living in this Möbius strip of stress at times.  Working away helps keep me from freaking out, but the sheer amount of work causes the freak outs...

What am I doing to help myself?


What I need is a week at Disney World... and a lot sooner than we're actually going.

How do you handle stress?

Sometimes you need a little organization

I've been doing two jobs for about a month now, and I'm starting to feel the strain.  The amount of undone work was getting to me.

Things hit a crisis point, so I found some organization.  I started using my Bullet Journal more effectively.

Step One:  On Friday, I took a page in my journal and made a list of everything that HAD to get done the next week.

Step Two: I then identified the five largest tasks and assigned one each day.

Step Three: The other small tasks were split up.

Step Four: I sent home for the weekend and took some non-thinking-about-work time.  (And promptly got violently ill)

Today is Wednesday, and it's been working so far.  In fact, I had a pile of bills come in yesterday, so I earmarked them for Bill Paying Day, which is Friday.

Why am I doing this?  I don't think we're going to be able to get someone in the open position for a while now and I don't want to lose my mind!  (At times I'm closer to losing losing my mind than others)  It's all got to get done, and apparently I'm the one to do it.

Let's hope that this can work in the long term.

Anyone else Bullet Journal?

Disclaimer:  My Bullet Journal is the most boring looking journal ever.... hence the lack of picture.
Posted by Meari at 6:33 AM No comments:

What a long, strange trip this is 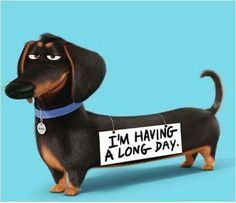 I've been at my current job for 6 years.  For five of them my coworker had been going to chemotherapy and away for periods both long and short.  For the last year my worst fear was that one day she'd leave, leaving me to pick up the work-pieces.

That happened last month.  She passed, after letting things slide for two months.  She passed, and left me to pick up the work-pieces.  My worst fear came true. 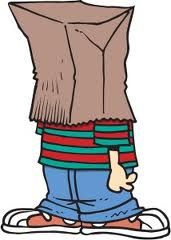 Frankly, I'm surprised that I haven't decided to say "screw it all" and have a cake for dinner. I deserve a medal for all of that willpower.  I'm even managing to work out almost every morning!

I know that eventually this will end.  Eventually the fiscal year will end, wiping the slate clean.  Eventually we'll hire someone to take over the extra tasks that I have to do.

Thankfully, the panic attacks aren't as frequent.  I no longer want to spend weekends in a blanket fort.  (Well, most weekends anyways..)

Can I got to Disney World yet? 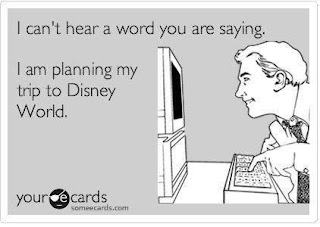 So Iron Fist dropped this weekend.

And the critics hated it!!

We've been watching it, and while we're only through episode 9 or so, I've been enjoying it!  It's not a masterpiece, but it's good TV watching.

I had thoughts about it from the beginning when they cast a white guy.  But in bullet form, my thoughts on Iron Fist:


Have a feeling that Iron Fist was a victim of a time crunch..  I know that contractually the Defenders needed to air this summer, and for that to happen Iron Fist had to come first.  The scripts could have used a but more time to flush things out.

I'm hoping that the writing team is looking at the criticism and taking notes as to how they can improve.  There are some critics that say that the series is terrible.  It's not.  But there is room for improvement!

If you don't believe me, Emergency Awesome agrees with me.  Here's his thoughts:  (And I ESPECIALLY Agree with the Into the West comparison!)

Every year before the park opens for the year the Passmember are invited in for a day.  There usually is a presentation and we get the park to ourselves. 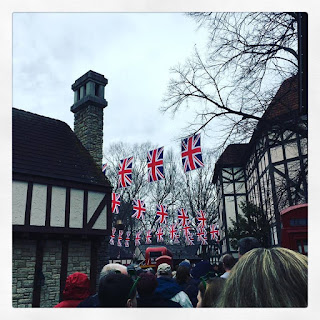 This year's presentation gave us some interesting information:

We walked around the park, but was dismayed by the lack of the animals.  I heard that they were going, but it was so sad!  The sheep, cows, goats and the conservation area are all gone.  Even my favorite tortoise us gone!  (He's at Bluebird Gap Farm now, I was told)

Before the big InvadR reveal, we decided to finally get our wood plaque for the door.  I need clear tabs to hang it, but we're official now.

On the way out to the car, we stopped by to see the new coaster's art.  Wow!  That's great! 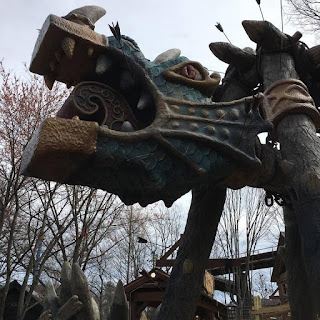 I must say, I look forward to Preview Day every year.  This year didn't disappoint.  I'm waiting for the shows to open for the season.

And of course I'm counting the days until Food and Wine!!!
Posted by Meari at 1:19 PM No comments:

Beauty and the Beast (There may be a spoiler or two)

We just got back from an advanced (Well, by three hours or so) showing of Beauty and the Beast.

I'd say that there will be spoilers, but except for some more flushed out details, the plot is exactly the same as the animated movie.

But here are my thoughts:


Belle has always resonated with so many women because of her intelligence.  In a world of tradition and old rural values, here is this woman that has a mind of her own.  She seeks knowledge and uses her critical thinking skills.  Emma Watson embodies those traits.  She's not going to win a Tony for her singing, but she makes up for it.

I always thought the animated Gaston was a bit too much to be believable.  He had everything turned up to 11.  Luke Evens gives the character depth, while in some ways turning up the evil.  They added a verse to the Mob Song that proves how devious he is (not to mention leaving Maurice for dead!):

[GASTON]
Call it war, call it threat
You can bet they all will follow
For in times like this, they'll do just as I say

[LEFOU]
There's a beast running wild, there's no question
But I fear the wrong monster's released


Lefou.  In the animated feature this character was a bumbling idiot.  By making him gay and in love with Gaston it gives a reasoning for what he does.  And he manages to redeem himself at the end.

And the guy gives some serious shade at times!


The Beast.  Does this guy even have a name?  The CGI was a bit much at times.  He looked like an animated character.  (Though in closeups it was better).  By filling in some of those plot holes and filling out his backstory it helps give weight to his character.  And who knew that Matthew Crawley could sing??


As for the talking furnishings.  I loved them.  Seriously, Be Our Guest was worth the price of admission.  (Watch it.  Does Belle even get to eat?)  I almost jumped up to applaud!

This movie isn't a new take on the animated classic.  It more of fleshing it out and making it a better movie.  I adored this movie when I was younger.  I still enjoyed the original.  I love this version.  I like this MUCH better than the Cinderella remake!

Please Be Our Guest! 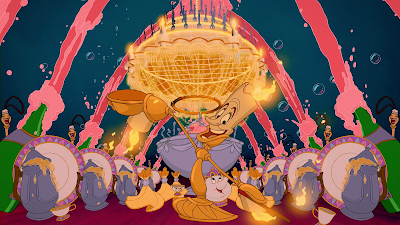 My graduation gift was a CD player, and my first CD was the Beauty and the Beast soundtrack.

I ended my High School career with my choir singing a medley of the songs from the movie.

I know most of the words of every song.  Be Our Guest especially!

I was a bit hesitant when I heard they were doing the live action.   But the songs were released!

We already had seen this:


But then we got the whole thing!

and then we got this one:


And here's the full version:


The thing that struck me the most is Gaston's voice.  The animated version was a baritone, but Luke Evans is a tenor.  But it still works for me.

And Josh gad was meant to play LaFou!

But it all comes down to this one.  Give it a listen:

I'm actually looking forward to this.  (And we all know that I've had precious little to look forward to lately!)

But it's Friday and I'm on my own for the weekend.  In honor of that I'm throwing myself a Luau and making this.  I'll probably start it on Saturday night and eat on Sunday!