Before we begin, I'm a HUGE fan of the books.

I also know that a written medium and a visual medium are VERY different... and sometimes changes need to be made.

My views of the movie.  (In bullet points)

I really enjoyed Shailene Woodley's Tris.  Tris isn't an extraordinary person like Katniss.  She's a person that has more sides to her than the average Faction member.  I think the choice in actress was a great one.

I even liked Theo James in the role of Four.

Like any first of a series, it laid the foundation of the world.  I'm very interested to see what happens next.  How they take the changes in the end of the movie and translate it to the beginning of Insurgent.  (Spoiler alert.. the end of the book is very different) 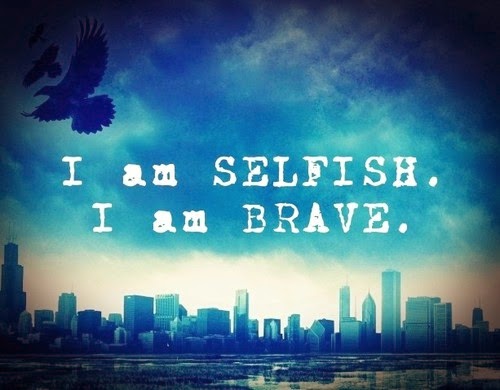 One thing that is lost when you take away the first person narration is the insight into what Tris is thinking.  Why did she chose Dauntless?  In her mind, she wasn't good enough to be Abnegation.  (The movie touches on this.. but not enough, in my opinion).

This is why she chose Dauntless:
Posted by Meari at 7:53 AM

I think the hard drive won't be an issue, because doesn't it get destroyed in Amity while they're hiding out? I can't remember...