I've heard it again and again.

American remakes of British shows suck.
It's a travesty that they even remake them!!

And other indignant protests. 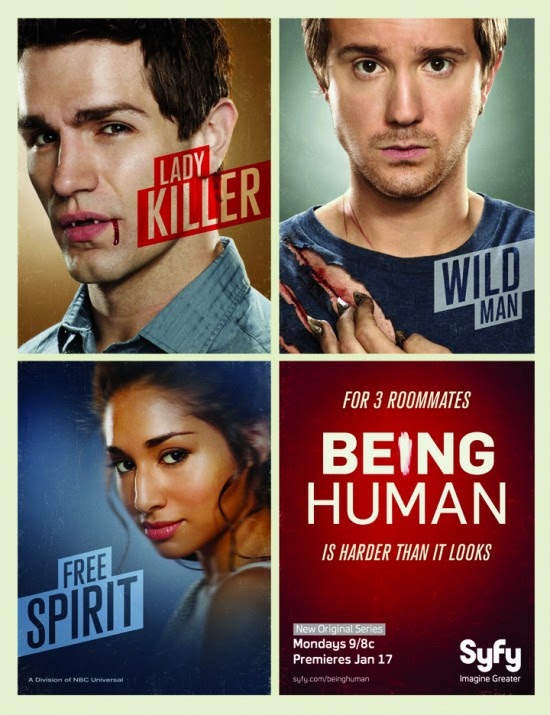 Well, I love the American version of Being Human WAY much more than the British version.

The shows have moved to a point where they are completely different.  You really can't compare them anymore.


And now it's Sherlock Holmes's time for such controversy.

And again, other than the original source material, these shows couldn't be more different.

Sherlock is the BBC's offering.  The show is more of a series of mini-series, only three our four episodes at a time.  Each set of episodes focus on a single case.  It's set in London, with Holmes living at 224 B Baker's Street.  Mrs. Hudson is his landlady.  In this version Watson is a former military doctor.  Sherlock is addicted to nicotine, and his brother Mycroft is in the government

Elementary is CBS's offering.  It's a regular 22 episode weekly series.  Each episode is a case.  And mostly, the cases are solved in a hour.  This Holmes is a former drug addict.  His drug?  Heroin.  Joan Watson (yes, a woman) is a former surgeon and now a sober companion.  This show is set in New York City, and Holmes consults with the NYPD.  Just this last week we met Mrs. Hudson.  She's a wonderfully sweet lady, that now cleans Sherlock's house.  She also has an Adam's Apple.


Now, you can compare the two series all you want.  But pains were obviously taken to make the CBS version very different from the BBC.  Copyright violations and all of that.

But the characters of Sherlock Holmes are rather different.

The BBC Holmes is singularly focused, and has little normal reactions with other people.  The only way I have found to describe it was... Aspergers-esque.

CBS's Holmes has a more intense addiction (rather akin to the original Holmes's addiction to cocaine).  He's obsessive, but is adept at interacting with humanity, and doesn't suffer the social... uncaring... that the BBC Holmes does.

Now, boycott one or the other.  Or watch them both.

But please don't say that the CBS version copied the other.

Because aren't they all copies of the original stories... or the dozens of movies and shows that have come before?

Including House.
Posted by Meari at 1:22 PM