A new edition to the archaic monarchy... or why I like escapist TV

I'm the person that got up before dawn to watch the royal wedding.  I recorded it, watched it while breakfast cooked.  I turned on the live feed at work to watch the kiss on the balcony. 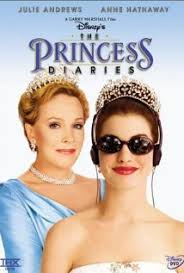 It's fantasy for me.  I'm never going to be that person.  Or live that life.  Hell, there's a better than average chance that I might not outlive my paying off my student loan.  But I can always dream.  When times are tough.  When I'm not sure that I'll have enough gas money to get to work.  When I'm in pain, but have no money to cover the doctor's co-pay (It's a chiropractor... such a first world problem), I watch the Princess Diaries.  It's silly, and juvenile, but when the world is too scary, and money is too tight, I can wish that, like Mia, I have relatives that will pay my debts... and give me a sweet castle to live in.

I think that's why I'm an avid TV watcher.  I need the escape from reality.  The news is full of corrupt politicians.  Elected officials that want to deny basic human rights.  (And we've all heard about the guy running for Governor that wants to make giving a blow job a felony... right?)  Heck, around April I avoid church, because it's awash in the Earth Day global climate change stuff.  (I'm all about the environment, but honestly, too much talk about it makes me want to slit my wrists)

My television, book and movie choices come in a few varieties.  Girly.  Sci-Fi/Fantasy.  Historical.  Dystopian.  Girly is pure escapism.  The other stuff?  It shows that it can always get A LOT worse.  or amazingly better. 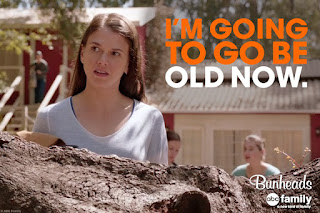 In other news:  they cancelled Bunheads. Like so many other shows, it was gone too soon.  It was smart, funny, and had great heart.

And I SO want to be Sutton Foster when I grow up.

Now, if you'll excuse me, I'm going have a Breaking Pointe/ So You Think You Can Dance/America's Got Talent triple feature.

Right after I walk the dog.... 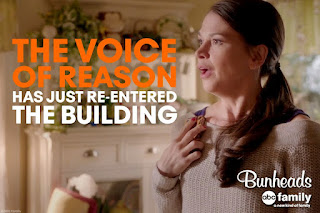