"Did Judas Iscariot have God on his side?" 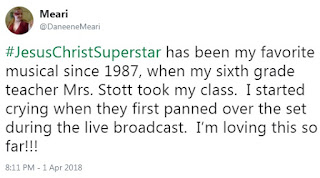 I posted this as the live broadcast started last night.  Now, let me be clear.  We didn't just go see the show.  Music class for the month before we set foot in the theater was spent listening to the concept album, with printed lyric sheets in our hands.  We them went as a class to University Hill and the converted Synagogue that was the Salt City Center for the Performing Arts where they had been performing this show every year since the early 80's.  And I was hooked. 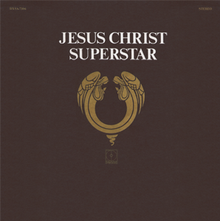 I think I went up to that dilapidated building (I hear the place was shut down a few years ago) once a year for the next decade to see Jesus Christ Superstar.

At one time I owned four or five different cast recordings.

I committed the show to memory some time in the late 90's.


So when I saw that they were doing a live production, I was both elated and worried. 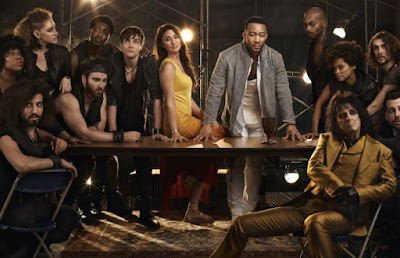 But as the camera panned over the set, my fears were put to rest.

Jesus Christ Superstar started out life as a concept album, which is why it's a sung through musical.  It's also an interesting take on the story.  (Seriously do I need a spoiler warning?  It's from the bible!)

In an interview with Andrew Lloyd Webber he said that the idea came from a line form a Bob Dylan song.  "Did Judas Iscariot have God on his side?"  The story is seen through the eyes of Judas.  So have an excellent is critical.  Thankfully, they did... as my tweets attest to:

The whole idea is that Judas was Jesus's right hand man.  To quote an article from Esquire:


Jesus Christ Superstar begins, in fact, with a wallop of a song in "Heaven on Their Minds." It's the song in which Judas lays it all out: his fears that Jesus' followers are blinded by his celebrity, the enemies who are zeroing in on him and his disciples, and the worry that his teachings and sermons are too easily manipulated for others' political gain. It sets up the central conflict of the story, but it shows the meaning behind Judas' betrayal—one rooted in his humanity rather than pure villainy. (It's heavy, but take it from me: It's also a banger at karaoke.)

It's at the end of his life that he realizes he's just a pawn in God's plan.  And that's a TOUGH role.

Now, on to my thoughts: 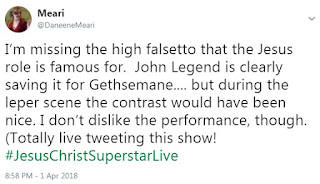 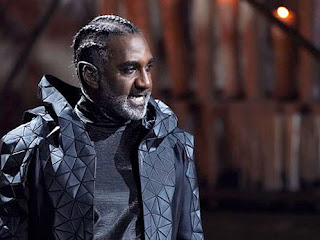 I was in tears for most of the show, overwhelmed by how well the show that I love was lovingly put on.  Seriously.  If they play it again, go watch it.
Posted by Meari at 6:35 AM