I had such high hopes for this weekend too! (We're about to get TMI up in here)

I had a healthy Easter dinner planned!
I had a run scheduled!

But no... My body had other plans. 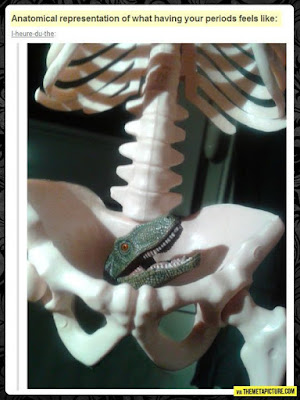 And before people get squeamish and run away, let me say this:

Why the hell are you getting squeamish and running away?  This is a process that most women on the planet go through every month.  It's messy and painful and life. It's not something obscene.  But yet, it's a major reason that women in developing areas miss out on education.

So, Sunday found me beginning that lovely time that I call "Shark Week." 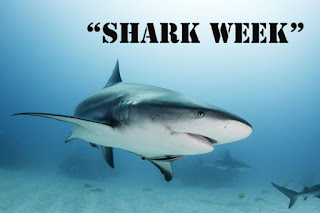 I was on a run at the time.  Needless to say:  the run became a walk.

Monday I did something I've never done before.  I called out sick because the pain was so bad.  I mean, I tried.  I did some yoga.  Five minutes in I was in child's pose trying not to vomit from the pain. 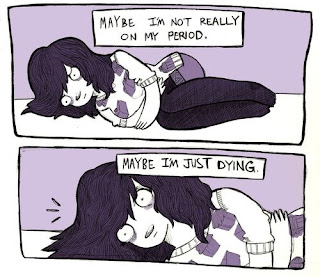 And I know what you're thinking.  It's just cramps.  We all get them and I should get over it.  Well, yes.  women often get cramps.  But mine were bad.  And why should my pain be less important because it's associated with my period?

(These were just the readily available articles....)

How many women here have had this?  People (men AND women) dismissing what you are feeling because "it's just your period" or (my favorite) "you're being hysterical?"  Most women have.  And this dismissal isn't just about abdominal pain either.  All sorts of pain are often ignored by medical professionals.  If you add being overweight to it, your chances of being taken seriously go down.

Thankfully, I'm feeling better today.  I have yet to ruin the pants that I am wearing.  I didn't run this morning, but that's OK.  Tomorrow is an arm day, and I can handle that.  I'll get back to my diet an exercise regimen (I need to look more carefully at what John Green did on his healthy mid-life crisis and do it too) tonight.

Ladies, if it hurts, fess up to it.  It's nothing to be ashamed of.  You're in PAIN!

And everyone in general:  If she says the pain is so bad that she might vomit... please don't think it's trivial.  It's either super bad cramps, or something worse.  She's not just the Girl who Cried Pain.  Go educate yourself.

And then there's this asshat.  (I can't believe he's serious... but I wouldn't be surprised)