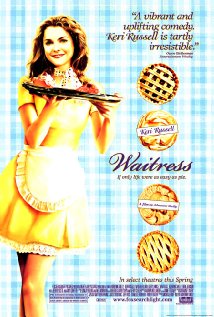 I wanted to watch the movie Waitress.  renting it would be $3 or so.  The Spousal Equivalent found it at Movie Stop for $1.99.  Score!  Now I own it.

Of course, watching it made me WANT pie.

So I did some googling on the pie that most intrigued me:  The Strawberry Chocolate Oasis Pie.  The character Joe describes it as:

“Just a pie! It’s downright expert. A thing’a beauty … how each flavor opens itself, one by one, like a chapter in a book. First, the flavor of an exotic spice hits ya … Just a hint of it … and then you get flooded with chocolate, dark and bittersweet like an old love affair …”


Now, of course that's all there is to go on.  So I dug up three recipes:  This one form fallinginlovepie.  This one from Love & Olive Oil (generally held up as the definitive version) And this one from Jingersnaps.

So I decided to make a mixture of each.  (mainly because I gained weight just looking a the Love & Olive oil one!!)

My Version of the Strawberry Chocolate Oasis Pie 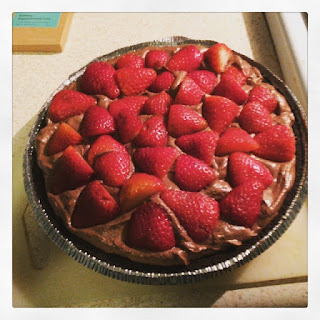 I need to try it to decide if I need darker chocolate or more spices....