The Force Awakens: A spoiler-ful review

Here there be spoilers. 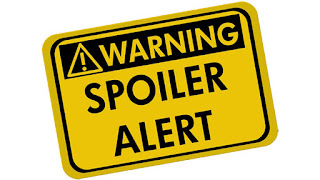 We all know that Star Wars has been a huge part of my life.  I watched A New Hope multiple times on HBO as a child.  I saw Return of the Jedi in the theater.   Like the original run of the movie.

I also loved JJ Abrams's reboot of the Star Trek.

Needless to say, I was stoked!!

We got to the theater incredibly early and got great seats.

And eventually the Star Wars theme started playing.  The title flashed on the screen.  The title crawl started.  And I started to cry.  I'll fully admit it.  I need to see the movie again, just so I can read the crawl.

Now, onto my thoughts:

It didn't play as flat as the prequels.  Some of the characterization was a bit sparse, but they seemed like real characters.  not actors badly reciting lines.  Also the real sets helped SO much!  It's the movie that we've all been waiting 30 years for.  What did y'all think?

All in all?  I want to see it again.  Tomorrow.

And I TOTALLY still want to be a Jedi.
Posted by Meari at 3:38 PM

I'm betting Maz did survive. Holed up in the basement in one of those reinforced looking storage rooms. They said she'd been there for a thousand years, I bet that ain't the first time the building's been knocked around and you don't live that long by being dumb