The Reason for the Season

Actually, if you want to be picky about it... 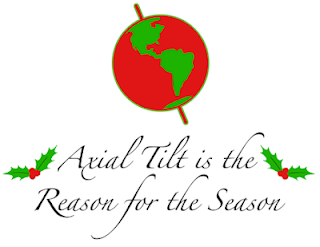 That... and Cultural Appropriation...

We're prepping for a Christmas Concert with my vocal studio at the moment.  We've got all sorts of music, but because of the season, there's a lot of God in the songs.

And that brings me back to my conflicted feelings about Christianity as a whole.

If you get down to the words written in the book, the ideas are sound.  Do unto others.  Those have have no sinned, cast the fist stone.  Blessed be the peacemakers.  It seems like a great code for life!  I'm not going to get into the beliefs about a higher power, I'm just touching on the here and now practices.

But I'm also a student of history.  And I've seen the mess that Christianity has made in the world, both directly and when they meant well.

*Yes... the realities are more complex, and you could write a dissertation on the the intersections of religion, politics and society....

It's hard for me to reconcile the message with the action of the people that hear that message.  And it's hard not to think about the ills that the religion have done to people in the past. 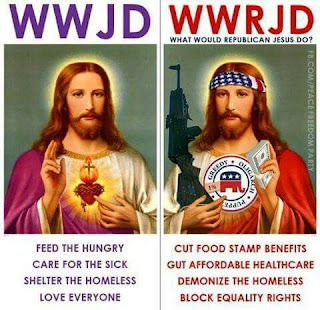 I'll stick to what I've been doing.  Following what JC said to do without the crap that his fan club does getting in my way.  I was thinking about going back to a church, but I don't know.  I have a low tolerance Republican Jesus.

Fred Rogers has been in the news of late.  Not only was he a PBS mainstay, he was also a minister.  His ministry was kindness. 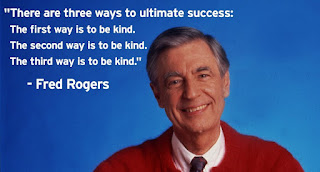 I think that it's a rather good way to live your life. 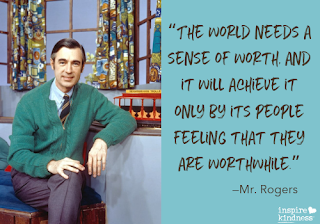