The joy of not planning everything!

At the end of September, the Spousal Equivalent and I went to Disney World!

Anyone that has ever been to Disney knows that it can be the most planned vacation that you've ever had!  Between Fast Passes and Dining Reservation, your vacation can be rather scheduled.

We got there during a stretch of 90 degree, 1000% humidity days.  We quickly threw most of our plans out of the window.  We decided to only do what we REALLY wanted to do! 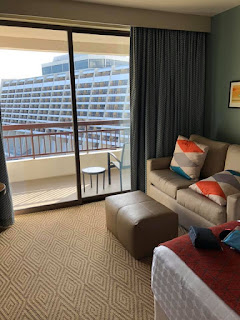 We snagged a room in Bay Lake Tower (which is walking distance to the Magic Kingdom!).  But we weren't there long!  As Disney Vacation Club Member, we were off to our first DVC Event!  Moonlight Magic!

Moonlight Magic a wonder event where Disney shuts down a park for the night and only lets in a limited number of pre-registered DVC members.  The people that don't get in are jealous.

But it was great!!  We had a free dinner!  Free Mickey Bars!  Our own special showing of Fantasmic!

We sat in the front fricking row! 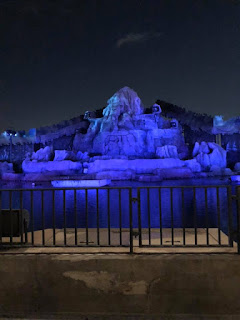 The lines were short for most of the rides too!  And there were characters there that people normally don't get to see! 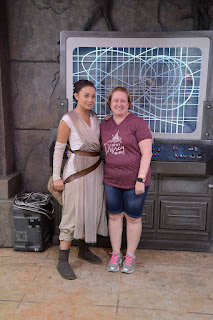 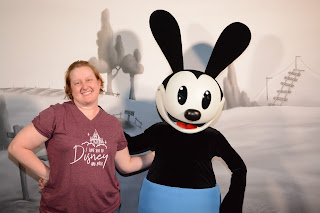 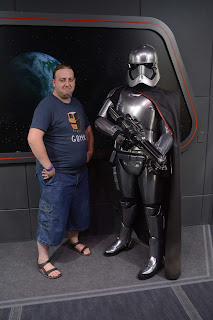 We ended the night in the new Toy Story Land.  it was great!  And then I had a panic attack on Slinky Dog Dash (damn coaster is VERY tall!).

In the name of spontaneity, we decided to see if we could get a Chef Mickey reservation for the next morning. 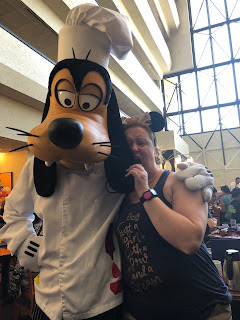 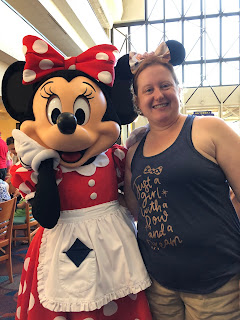 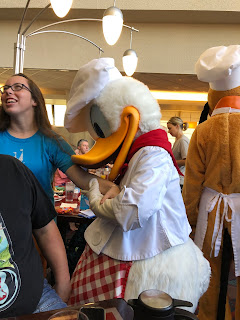 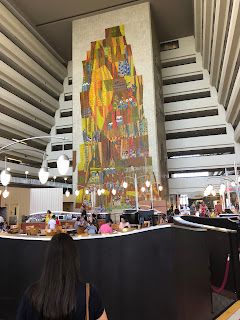 Thursday was one of our Epcot Days.  It was miserable.  I was tired.  We peaced out quickly, then road the monorail to the Polynesian to eat at Captain Cooks's!

~~~~~~~~~~Friday~~~~~~~~~~
I found out that by a great act of coincidence, one on my High School BFFs and her family were going to be at Disney at the same time!  They invited us to Blizzard Beach for the afternoon!

After Blizzard Beach, we attend Mickey's Not So Scary Halloween Party! 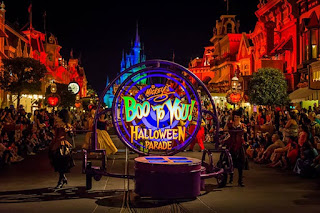 It's another hard ticketed event.  The lines weren't as short as Moonlight Magic, but there was free candy, exclusive characters and one hell of a parade! 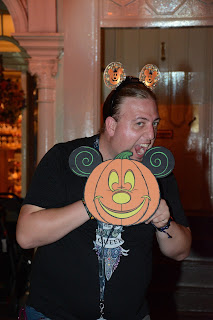 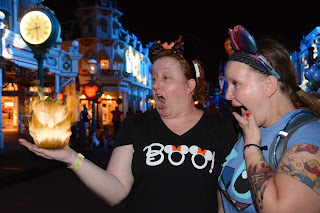 ~~~~~~~~~~Saturday~~~~~~~~~~
Saturday was our Magic Kingdom Day!!
The Spousal Equivalent decided to play Sorcerers of the Magic Kingdom as we walked around. 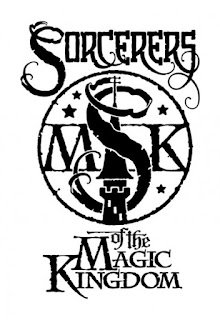 Much fun was to be hand, and the SE managed to beat the game!  But the highlight of the night was dinner at Be Our Guest! 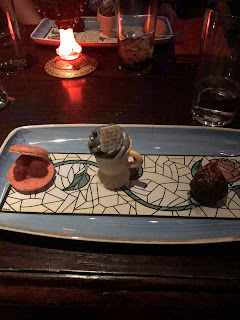 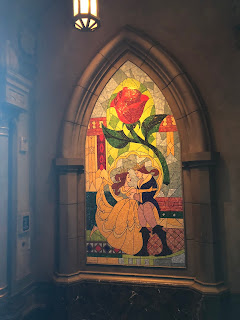 And I even got to see the Happily Ever After fireworks! 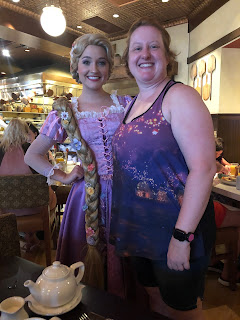 We ended our vacation by eating our way around Epcot/ 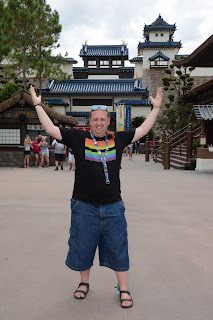 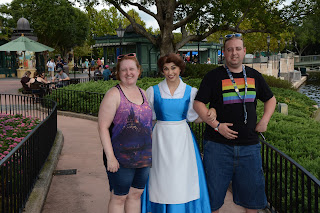 We had a fantastic time!  And I think the difference was the fact that we only made an effort to get to our dining reservations and the rides that we REALLY wanted to get to.