Be careful what you wish for

Before we left for our vacation to Walt Disney World (post coming soon), I remarked to the Spousal Equivalent that I am going to meed to buy a car in the next few years, so we need to work out a money plan.

And then on Thursday, October 11th, just before midnight.. a tree fell on our cars. 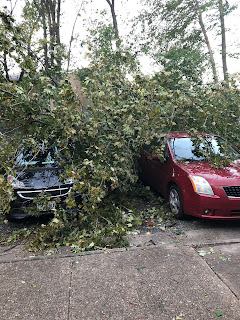 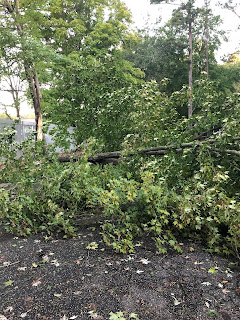 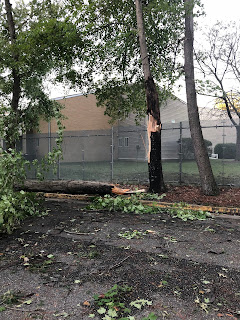 We spent Friday morning sitting in the dark (power didn't come back until after 9am) on the phone with our insurances companies.  We have coverage.  We are entitled to rental coverage and repairs (or money if the car is a total loss).

But it still sucks!

On Friday, the word from the insurance company was:  we can't do ANYTHING until the tree moves.  I waited for HOA to move it.. but the guys that live in the end unit cleared it before HOA could do their job.

The damage was worse than I thought it was going to be. 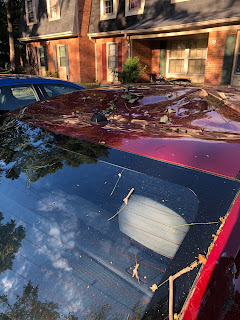 I guess it's car shopping this weekend.

I've spent the entire weekend with a headache from a clenched jaw.  It's not a devastating loss.  SO many people have it worse than I do!