I went out last night to a semi-required event with an organization that I'm a member of.  I was already exhausted, and I didn't know a great deal of the people at said event very well.  I spent the night thinking about all the crap that needed to be done at home and at work (even if I didn't want to). 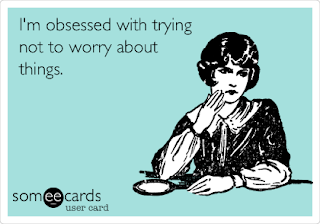 By the time we left (early, might I add) I had declared that I was leaving that group and I didn't even know why I was there in the first place. 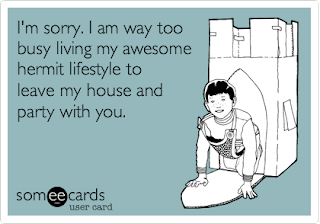 It is rather true that my own personal clock is very little like most everyone I know.  While many of my friends want to party until dawn, I'm almost always home and in bed by 10, never go out on a Friday night, and am up most mornings between 5 and 6.  And the fact that I'm up EXERCISING between 5 and 6 blows their minds! 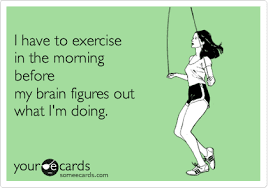 I'm not like other people, and I know that.  I have no kids.  I don't like going out drinking or dancing.  My house is decorated in Geek-Chic.  I can have long, in depth conversation about Disney, Marvel Movies and RuPaul's Drag Race, but not sports or most of the TV shows that people watch.  Hell, I cna talk Geek and throw in parallels to history and classic literature.  (Black Panther.... totally based on Hamlet.) 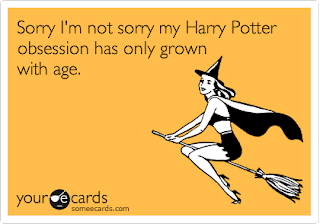 I also have the memory of a goldfish, and have anxiety issues that prevent me from going out and being social at times (the bigger the group, or the more people that I don't know.. the worse it gets) 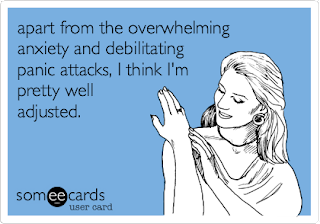 The awful part of this is:  If I just got over myself I'd have a good time.  The awful feeling that no one likes me is a lie.

And I think my main reason for joining certain organizations that I have attempted to join.  If I'm a member, then I'll KNOW that they like me.  (Even if the nights at bars cause panic attacks or the thought of volunteering makes me want to hide) 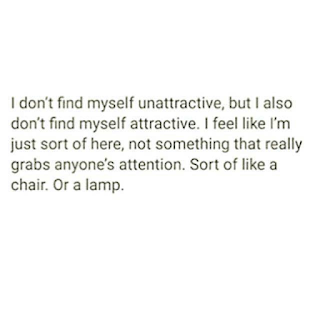 It's just the anxiety lying.
Posted by Meari at 4:58 AM

This might be a cliche, but I wish you could see yourself through our eyes. You are a beautiful, fun person, and we love you! ❤️❤️