There are things in this world that are nearly universally accepted.... that I have absolutely no interest in!

So this weekend had a major sporting event.  And I didn't watch it.  And by the looks on some people's faces... that was on par with killing puppies.

Here's my feeling on most mainstream sports: 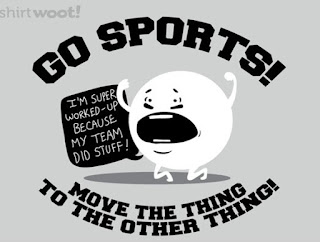 I've never been a fan of football, basketball or baseball.  I don't know the rules, and I don't understand the game.  And frankly, this bothers me not one bit.  And when I tell people that I happen to enjoy watching Roller Derby, they look at me like I have 2 heads!

It's not like I hate ALL sports!  I'm going to be watching the Olympics!

The other thing that some people just don't get is the fact that I don't want children. 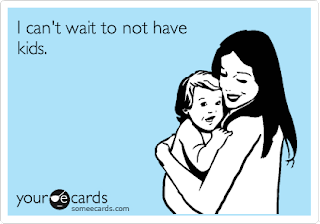 I have friends that are desperately trying to get pregnant, or that have young children.  And don't get me wrong, I LOVE my friend's kids (The Spousal Equivalent and I are "Aunt" and "Uncle" to them all.).... but I can't even fathom why someone would want to get pregnant and have kids. That's how much the idea doesn't resonate with me. 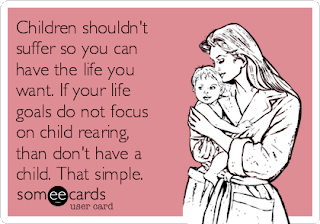 I guess that not everyone is the same.  We all have those things that make us "weird."

So while y'all are chasing your kids around while trying to watch the Superbowl, I'll be over here, sipping wine and watching old episodes of Stargate SG1.  (And waiting for the Olympics to start!)