I think that this year was a bit rough for some people.  Don't get me wrong, there were some awesome parts.  Like going to Disney and running the Princess Half!

But there were some awful parts.  Like the election, and the ugliness that followed.

My health started to fall apart.  I gained weight.  I got sick and gained more.  As resolutions go, working more on eating right an exercising will help with that. 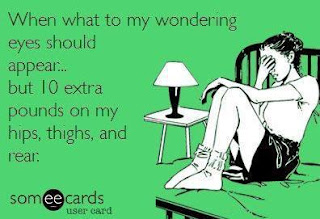 This year for Christmas we went to visit the in-laws.  They happen to live in The-Middle-Of-Nowhere, Texas.  Population 850.  It was 5 days of a Game of Thrones marathon, home cooking, and WAY too many carbs.  Like we went out to redeem scratchers and go Subway, so I can get some veggies.  I was craving a salad when I got home!  It was nice for the Spousal Equivalent to spend time with his family.  My family is big and close and all in the same geographical location.  His is not as close (geographically and in other senses).

But as good as it is to spend time with family, not that I'm home I need to make some changes.  because this happened, and I need to un-do it: 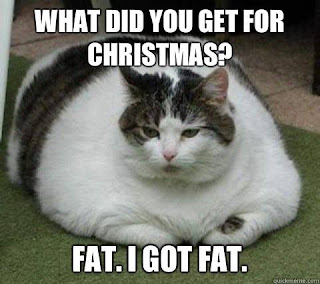 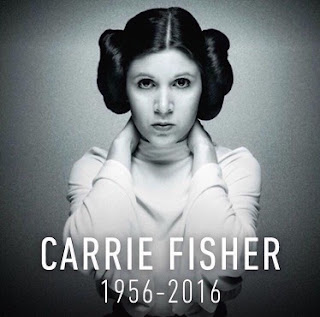 While we were gone we lost Carrie Fisher.

Not since Robbin William's death have I felt the impact of a celebrity death as acutely.  Carrie Fisher's Princess Leia was my first hero.  Star Wars was my favorite movie when I was very little.  As a little kid, Process Leia was the ultimate role model!  She's honorable, tough, smart and a wonderful leader.(And a force user!)  My little 7 year old self wanted to BE here.

Carrie Fisher was just as awesome.  She was a famous script doctor.  She was a mental health advocate. 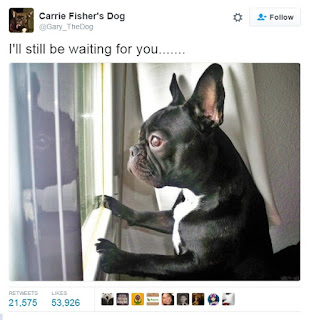 She was a fur mommy!  (I actually was relieved that her dog was going to live with her daughter!)

After Carrie Fisher passed, her mother, Debbie Reynolds followed.  It's absolutely heartbreaking and staggering how much loss that family has had.

I'm going to leave you with some quotes: 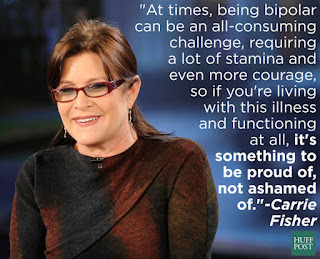 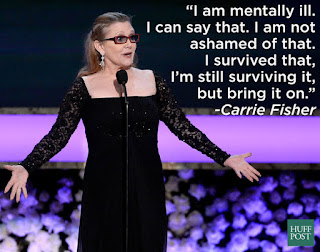 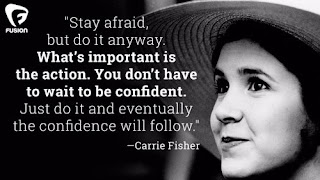 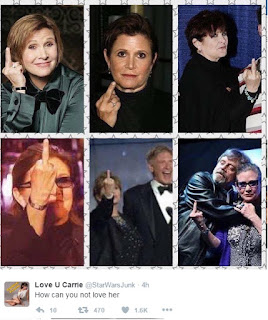