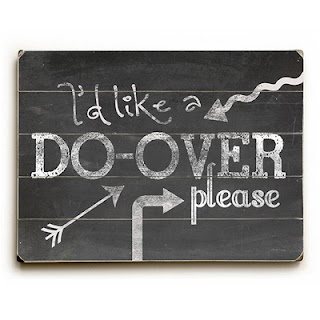 My luck changed drastically on Saturday.

Saturday morning I went to get a massage.  It never happened.

I came back, dejected after the run around I went on.

I noticed that it was rather warm in the living room.  Our living room tends to run cold when the AC is on.

Then we realized that they AC wasn't on.

On Sunday the landlord came around.  The verdict was in.  The outside unit wasn't working.  You could hear the hum of electricity, but the fan wasn't spinning.  They would call the HVAC people on Monday.

Great, we can do this!

Sunday night we realized that no, we can't.

We went to bed on the couch.  Fans blowing on it.  The poor puppy was panting, hiding under the couch.  I think we collectively got 2 hours of sleep.  By 2am we were trying to open windows and looking online for a portable AC unit.

Once the morning came, it was clear that neither of us were up for work.  My eyes were burning from the lack of sleep.

We finally found a portable AC unit at Target.  (We couldn't use a window unit without ruining the screens.  The thing doesn't work overly well.  But in comparison, it's amazing.  Between that and the ice cold before bed shower, I slept last night.

I'm actually rather proud of myself.  It was last night at dinner when I broke down sobbing.  Usually that state of absolutely defeat happens earlier. 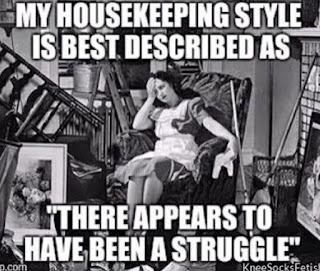 I'm actively trying to forget the rest of my house.  I never did get a chance to clean up the post-vacation mess.  And now it's really hard to do any work there.  The sweat that pours into your eyes after working for 10 minutes makes it difficult.

Today I'm meeting the repairman to see what the damage is.  I'm praying that they can either fix it today, or give me some sort of timeline as to when it'll be done.  If I know that this ordeal has an endpoint, I can endure it.