As Pride Month comes to a close... 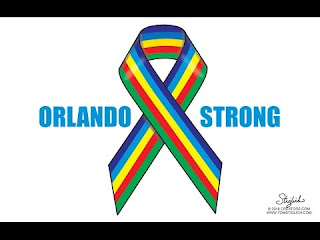 Pride Month started out rough.  It started with the massacre in Orlando.

Most of the country, and the world, came together to denounce the hate.

Some small minded people declared that the murder of gay people is a good thing.

I don't know what God they claim to follow, but the Higher Power that I and millions of others follow think they they are wrong.  (these people also give Christian a bad name, am I right?)

I've been a strong supporter of the LGBT community for years and years.

But there has been some rather strange developments in this community that worry me.

1.) There are FAR too many in the community that refuse to acknowledge the "T" in LGBT.  Transgender individuals are beening told that their time will come, but have been left hanging by Gays and Lesbians.  But that's a story for another time.

2.) There are FAR too many people, both in the LGBT community and out that don't believe bisexuality exists.

How do I know? 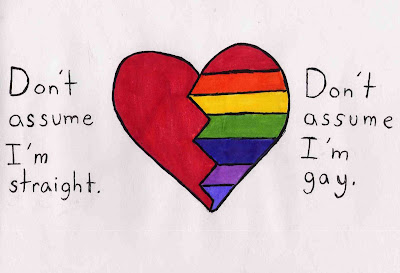 Because I am bisexual.

I don't tell many people.  My family doesn't even know.  (But they do now!)  But I'm tired.  I'm tired of being told that because I'm dating a man that I'm magically straight.  I'm tired of being told that I don't belong at Pride events because I'm not "gay enough."  (Frankly the "not gay enough" thing REALLY burns my butter...)  The systematic denial of the existence of bisexuality is called bisexual erasure, and it's real.

But in this time of Pride, it's time to stand up for what you believe in.  And this time I stand up for me.  I acknowledge that I have privileges that gay and lesbian couples don't.  But that doesn't make me any less queer.
Posted by Meari at 5:13 PM

What do you think we should do about it?

Your post hits very close to home. I never write about these things because the words going through my head are something like "Oh, your JUST bisexual so you can't really have an opinion here." Or "You don't have a right to be this upset, keep your mouth shut."

Kudos to you, my friend, I know that was difficult for you. xoxo