I heard about the series months ago, and decided to give the books another try.

We all know that I have a major thing for world building!  And while these books aren't examples of great literature, they do have a very interesting world and plot!!

Basically Shadowhunters are human that have the blood of Angels in them... and they fight demons.

but it's SO much more than that!!

There's supernatural elements, and rune magic...  Seriously, these books are a fun read.


But here are my thoughts on the books and the series. 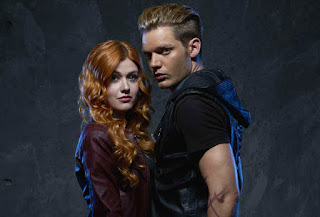 1.) I'm actually not a huge fan of the main characters.

There.  I said it.  Clary and Jace.  Jace, while pained and angsty is also an arrogant asshole at times.  And seriouesly, can this kid stop getting possessed by like EVERYTHING?

And there's Clary, who at times make spectacularly bad decisions and I was amazed that she lived to see the last book!

Their series counterparts are a bit different... but sadly all the annoying parts of their personality are still there.  (except for the possession bit.  We haven't gotten to that yet.) 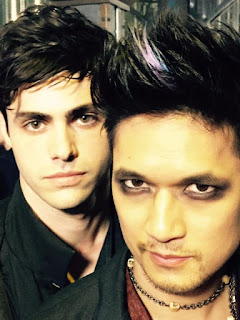 2.) There are actual queer characters!

Magnus, the immortal bisexual Warlock and Alec, the gay Shadowhunter.  In the Shadowhunter world, being gay is frowned upon, so Alec is deep into that closet when the series opens.  And then he meets Magnus.... sparks fly.

The series is doing a good job of showing that Alec is interested in Magnus.  Magnus is practically salivating over Alec.  (His book self was a bit subtler here...)

The books dragged out Alec's gay denial for a while.  The series has him proposing to the new character...  While it makes me sad that these two can't just kiss already, I understand.


But that brings me to Magnus Bane... 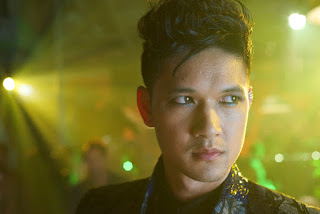 Magnus is the High Warlock of Brooklyn, and my favorite character.  The book tends to describe him is the love child of Ziggy Stardust, Bowie's character from Labyrinth, and Glitter.

The TV version is not quite up to that particular glitter bomb...

(I wonder if they did a screen test and decided to tone it down after....)

I honestly hope this show gets a season 2, so we can see this character develop! 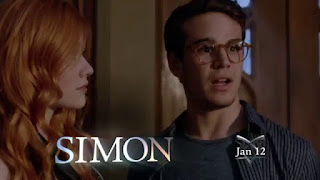 Simon is my #2 favorite character.  He's the every-geek.  he's the poor human that gets tossed in with this demon hunting lot...

until he becomes a Vampire....

Book Simon is actually a narrator at times, so we get a better glance into his head.  We don't know series Simon as well as a result.

Both the book and the series approach the world of the Shadowhunters.  The books describe an Institute that is more like a library, all low tech.  The series paints their institute as part supernatural police precinct and part military academy.  I even like that since the kids are adults, Hodge is not a tutor.  He's an arms master. 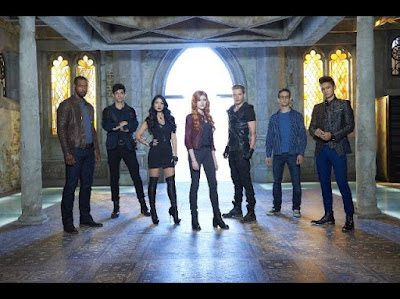 Honestly, I'm interested to see how the series differs from the books.

And I hope it'll get a season 2.  The shows that I like are rarely liked by other people.  (R.I.P. Bunheads)