Do you have a flag?

Flags have been all over the news for a few days now.  Civil War memorials have also been in the news.

I've had a few days to mill everything over and now I have some opinions.

Taking the case of the Civil War memorials first....

After the fall of the Soviet Union, the statues of communist leaders were taken down all over Eastern Europe.  Some remain.  I honestly don't like the idea of wiping out all traces of the monuments of the past.  That is too much like wiping away history.  That's never a good idea.  We all know that those that forget history are doomed to repeat it.  Do I think we should remove the countless Civil War memorials?  No.

But in the end, it's a symbol.

Retailers can chose what to sell.....

In the end, we can't forget history.  We shouldn't take down memorials.  I'm not a fan of the confederate flag, but I also believe it's a free speech issue.  Retailers have the right to choose what they sell.

And can we go back to what is really important?  The other Civil War? 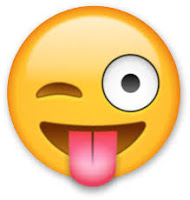