Or the race that almost wasn't..

Friday afternoon is rained.  Poured.  Like a monsoon!  Then it stopped! 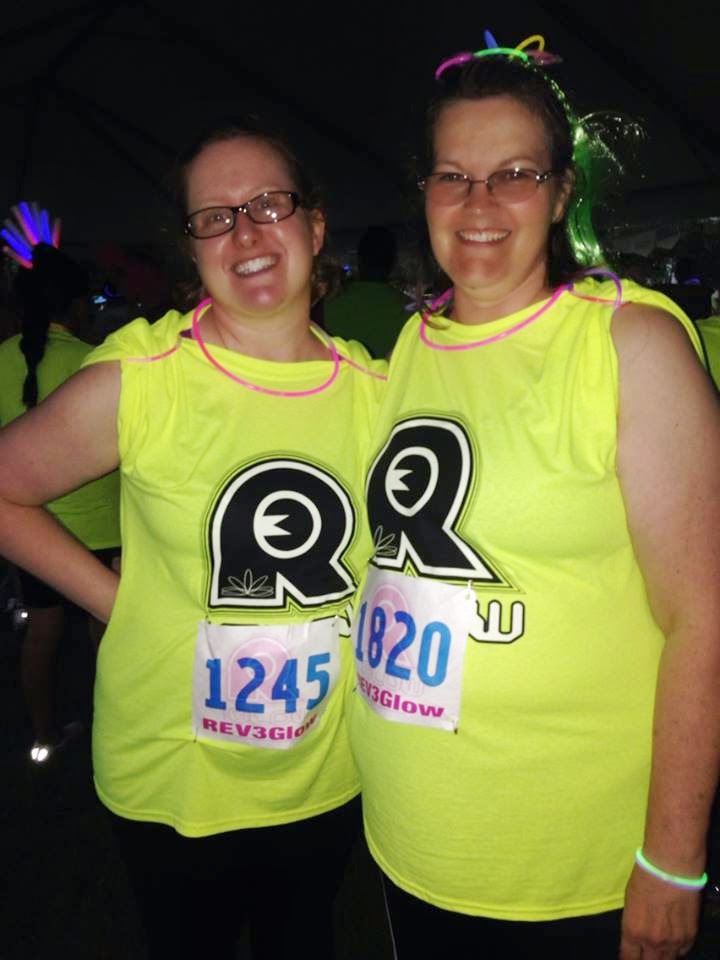 When we left for the race it was sunny.

While we waited for my co-worker's kids it started to cloud up.  We could see the storm rolling in.

There was a chaotic air around the whole race, which given the weather, I understand.  But seriously.... no porta poties at a race??  We also had an announcer that like Miss Othmar, from the peanuts.  The race map had no mention of a water stop....

Anyways.. we all lined up in the chute... and then were told that we were running out from the back end of the chute...  Ok....

The race began, and we ran.  In the dark...  It's a glow run so that was expected.  After a quarter mile my glasses were so water spotted that I shoved them in my bra and ran blind.

The best part?  Some guy at mile 2 (and 2.75) put his speakers on his porch and blasted music!

Next race:  The Independence Day Classic 8K
Posted by Meari at 3:00 PM