I have now listened to the audio book and watched the unaired pilot... so I feel qualified to talk about: 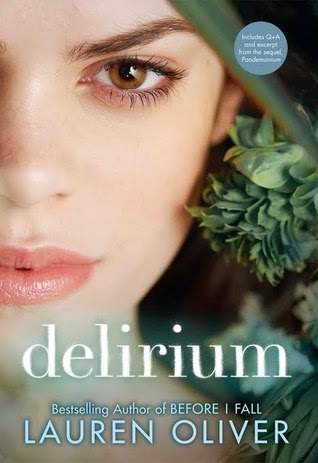 The premise is rather out there (from wikipedia):


"The story is set in Portland, Maine, in an alternate present. Civilization is concentrated in those cities which escaped the severe bombings of decades past. Travel between cities is highly restricted. Electric fences separate the city from the Wilds—unregulated territory which was presumably mostly destroyed by bombs.
The totalitarian government teaches that love is a disease, named amor deliria nervosa, commonly referred to as "the deliria". A surgical cure for the deliria has been developed and is mandatory for citizens 18 years old and over. Lena has looked forward to the procedure for years, convinced as she is by the government that love is a horrible disease that must be destroyed from mankind's system."

Honestly, it sounds like this "cure" is basically a lobotomy.  Yeah.  I went there.  When the narrator talked about taking scalpel to brain, it convinced me that this must be some sort of super precise lobotomy.

My thoughts on the book:

Then I saw the unaired pilot
My thoughts:
But seriously, if you've read the book, go to Hulu and check out the show.  Let me know what you think!
Posted by Meari at 7:11 AM