So we had some weather!!

Yes folks, the Bread & Milk Index was at a 3 last night.

Well, we had maybe an inch 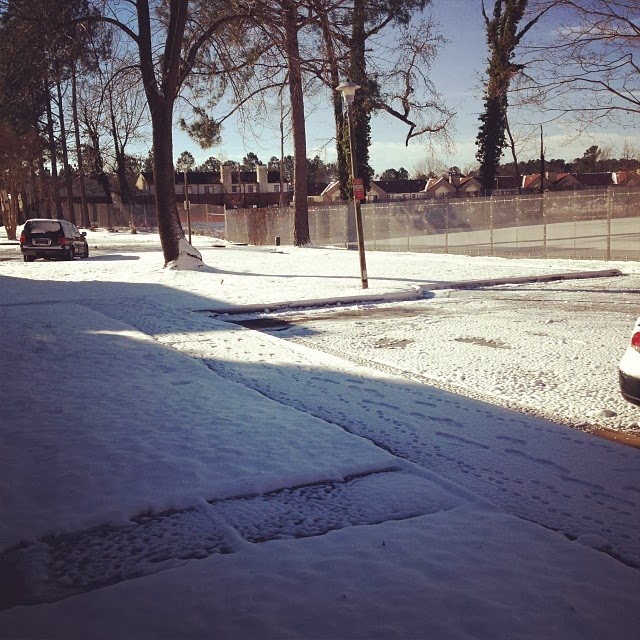 This was the scene that I woke up to  That's maybe an inch of snow.

With a thick layer of ice under it.  Driving to work this morning wasn't pretty.

The dog was also not amused, since going potty on grass wasn't an option. 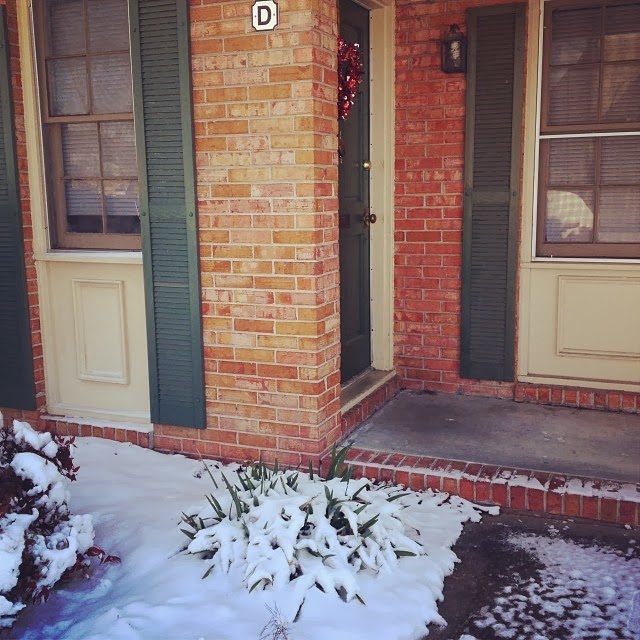 Along with the inch of snow, it's also hovering just under 20 degrees here.

It looks to get above freezing tomorrow, but not too much above it.

I hate to say it, but I really miss snow.  I don't miss the massive amounts that Syracuse gets, but I miss having snow in winter.

And now, it's time to drive home over the hard packed snow on the roads!
Posted by Meari at 12:10 PM