And yes, it has to do with my TV viewing habits.

Last night, after a long day at Busch Gardens, I watched the Miss American pageant.  Now, this isn't something that I normally do.  I know, it objectifies women and all that stuff... but I was interested in some of the contestants.  There was a tattooed Army Sargent, a woman missing most of an arm, a woman with Tourette's.  One of the women fell during rehearsals and tore her ACL, and did the pageant in a bedazzled knee brace and flats.  She happened to be a world champion baton twirler.. and was AMAZING!! 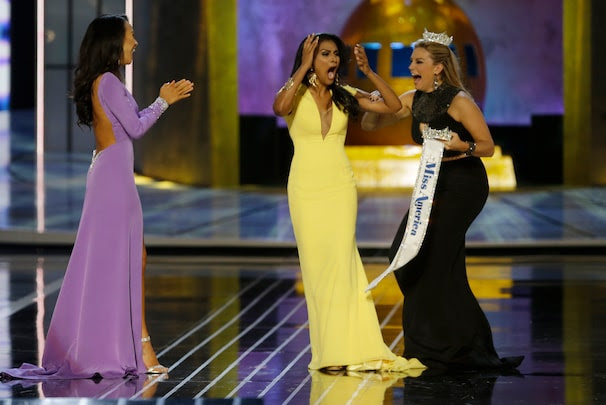 But then America lost it's collective shit.  There they were.  1 and 2.  Both Asian-Americans.  And a woman of Indian descent (From Syracuse, might I add) won.  Yes.  A brown person won.

While I was watching history being made, a few things ran across my Facebook feed:

Yup.  Boycott the Olympics.  (And many, many people are saying to boycott the watching of it, not the participating in it)

And it made me angry.  Not because of what Russia is doing.  Yes, it's awful!
But now, I'm going to be the bad guy.

You see, I have three things that I schedule time for:  The Tony's.  The Oscars.  The Olympics.  Especially the Opening Ceremonies.

So, Russia went and passed some idiotic legislation that is an AMAZING human rights violation.

I'm sorry, I'm going to watch the Olympics.... for many reasons.
Honestly, people who are scholars of Russia aren't surprised.  I talked to an expert in Russia and Post-Soviet studies, and he said that the entire country is really, really conservative.  Like... if the Tea Party controlled government.

And I'll be watching with popcorn and a glass of wine.  Because that's how I roll.