Frankly, I hate that I need to revisit this topic again and again.  But, until the rifts between different camps close, I'm going to have to.

A friend of mine posted a blog post by Bristol Palin that was actually rather thought provoking.  In it, she states that she doens't care the "sexual preference" of her dance partner.  (We all know that sexual orientation ins't a choice... but that's another show)

She then goes on to point out that there is just as much discrimination of devout Christians by liberals as the reverse.

So that got me thinking.... are we all practicing what we preach?

Well, yes and no.

If Christians are well.... Christians... they should be not judging (lest they be judged) and doing unto other and all.  Unfortunately the loud minority aren't doing that.

As for the other camp, they too should be not judging (lest they be judged) and doing unto other and all as well.

I think the ultimate problem here isn't the message.  It's the hate. 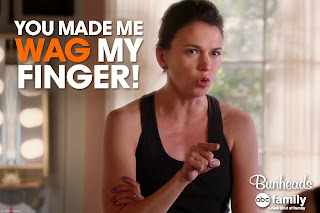 The Conservative camp may not like Team Gay, but it's the ones that are loud and hateful that get the press and all the attention.  Because there is no other voice in the dialogue, we assume that ALL Christians hate Team Gay.

You know about assuming and asses right?

Then Team Christian looks at Team Gay, and sees someone loudly wanting to taking their rights away.  And the whole mess starts over again.

But here are some facts and opinions that I've come to realize
I hate to have to remind people (including myself) that tolerance goes all ways.

And I shouldn't have to remind the Christians to follow the golden rule.  Come on guys!