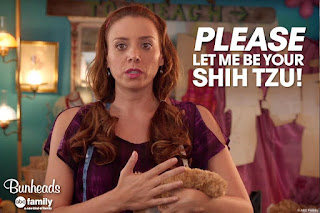 Fanny is still MIA, leaving Michelle in charge.  She not only teaching ballet, but tap, toddler dance, cardio pole, and many others.  She girl who previously had no responsibilities is clearly over her head.  On top of all of this, something's up with the plumbing at the studio.  Michelle then proceeds to have a hilarious conversation with herself on Fanny's voice mail.  Thankfully, she calls Truly, the voice of reason.

Almost everyone had their own drama.  Michelle is still learning how to be an authority figure.  She had to deal with Sasha, who seems to be peachy keen after being out all night and wrecking her mom's car.  Sasha is late to class, and steals from Michelle.  Michelle puts her foot down, which she hates, but which Sasha clearly needs.

Earlier in the episode, the girls help Michelle dry out the dressing room, so she takes them out.  While out, we all learn of Ginny and her dating the same guy for half of her life.  After hearing Michelle talk about living life and experiencing new things, Ginny breaks up with Josh.  Her mother doesn't take this well, and yells at Michelle (though I think Ginny's mom was more upset with losing a handy man than Ginny losing a boyfriend). 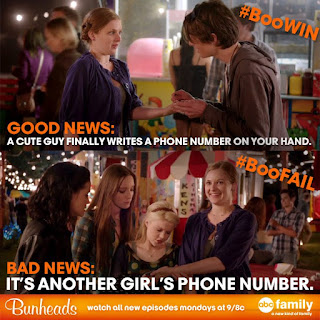 Now comes Boo.  She's still holding a torch for Charlie.  Charlie is into everyone BUT her.  That just breaks my heart.  Boo has such a good and gentle heat.  As does her mom.  When everything got too crazy, and Michelle thought that she wasn't doing any good, Boo's mom stepped in to calm her down (give her cookies) and let her know that the girls look up to her.

Now, Michelle needs to turn into a responsible adult.